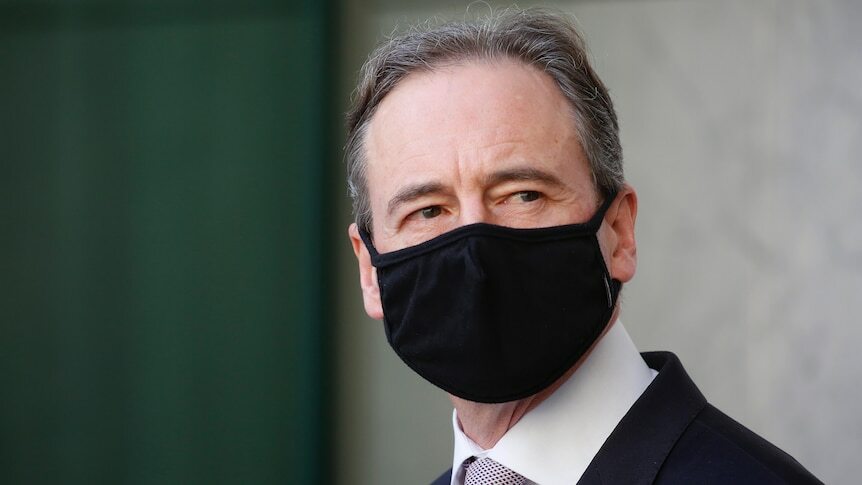 The federal Health Minister has accused Labor of wilfully misleading the public about its negotiations to buy COVID-19 vaccines.

Correspondence between international pharmaceutical giant Pfizer and the Commonwealth last year has further fuelled the debate over whether the Morrison Government acted quickly enough to secure vital vaccine doses.

Pfizer wrote to Minister Greg Hunt in late June, 2020, requesting a meeting to discuss supply contracts and noting the fast-moving nature of vaccine development and procurement around the world.

Initial responses were handled by bureaucrats in the Health Department, who met with Pfizer in early July.

The Minister's office did not step in until August, a fortnight after the United States and the United Kingdom announced supply deals with Pfizer. A contract for an initial 10 million doses was signed in November.

Mr Hunt argued the federal opposition was using the correspondence to undermine the vaccine rollout, and claimed discussions with Pfizer had been underway for some months.

He said references by Pfizer that it had "the potential to supply millions of vaccine doses by the end of 2020" related to its global production capacity, and not what it was offering Australia.

"Pfizer yesterday, as they said before the Senate, made it clear there were no earlier doses available," Mr Hunt told Channel Nine.

"And that's because, understandably, they were focusing on mass deaths in the countries where they were producing [the vaccine]."

Regardless of Mr Hunt's comments, questions still abound as to why he personally did not meet with the company, given the severity of the situation, and the impact the pandemic was having on Australia.

He argued it was appropriate for bureaucrats to handle the initial discussions, and denied accusations he been too slow to act.

Pfizer itself issued a statement soon after the correspondence was publicised.

"While discussions are confidential, the supply of vaccine in Australia was developed following consultation with the Australian Government and each agreement was based on the availability of doses and earliest schedule that could be provided at that time," the company said.

Labor was not convinced that got the government off the hook.

"The papers from the government, the email exchanges between the company and the government, show very clearly while every other developed country in the world was tearing a hamstring to get into a meeting room with Pfizer and sign a supply deal on behalf of their people, there was a go-slow in Australia.

"We ended up signing an agreement five months after all of those countries, all the countries to which we usually compare ourselves — America, the UK, Europe, Japan, Canada — and today we're still paying that price."

The Commonwealth was negotiating other supply contracts for COVID-19 vaccines at the time, including for the AstraZeneca shot.

That deal was inked in August, including for local production using Melbourne's CSL plant.

Labor promised to continue grilling the Coalition over the issue, particularly given large swathes of the country remain in lockdown.