Headteachers are too often more concerned with protecting the reputation of their schools than protecting children from sexual abuse, a report into “shocking” exploitation at residential schools has concluded.

The Independent Inquiry into Child Sexual Abuse examined allegations of “horrific” abuse by both teachers and students at 13 schools, as well as eight which have since closed.

Nearly 42 per cent of child sexual abuse reports made to Operation Hydrant, the police body which oversees historic cases, were said to have been connected with an educational setting, as of last September.

However, the inquiry said that the rise of the Everyone’s Invited website last year – where current and former students chronicled their own experiences of sexual abuse at school – demonstrated “for children in some schools, sexual abuse and harassment between peers remains endemic”.

Many of the schools examined by the inquiry were found to have “responded inadequately” to allegations against staff and had a “culture which discouraged reporting”, the inquiry said.

The report, which is the 19th produced by the inquiry, concluded: “Too often, the inquiry saw examples of headteachers who found it inconceivable that staff might abuse their positions of authority to sexually abuse children, were unaware of current statutory guidance or did not understand their role in responding to allegations against staff.

‘I realise now I was manipulated’

Some headteachers were found to have viewed “the primary function of safeguarding as protecting staff from false allegations”, rather than stopping actual abuse.

The report highlighted evidence given to the inquiry by Anthony Halford, the former headteacher of the Headlands School in Bridlington, East Yorkshire, who had viewed a teacher accused of grooming several teenage girls as “victimised”.

An allegation that the teacher had kissed a pupil was dismissed by Mr Halford as a “figment of her imagination”.

“I realise now I was manipulated.” he told the inquiry.

Similarly, a former headteacher of The Purcell School in Bushey, Herts, drafted a document in 2009 “which he presented as being designed to protect staff from allegations which could be made by pupils of ‘unsound mind’,” according to the report.

The inquiry concluded boarding schools could be described as being “the ideal environment for grooming”.

The report found the risk of abuse at boarding schools was heightened by the dependence pupils have on staff and the “sense of exceptionalism” at some institutions, which allowed the perceived “idiosyncrasies” of staff to mask predatory behaviour.

Sweeping changes have not stopped abuse

The report also found sweeping changes to safeguarding policies over the past two decades has not stopped children from continuing to experience sexual abuse and harassment.

It continued: “Sexual abuse can occur in all types of schools, to all ages of children. Schools need to accept that ‘it could happen here’, and in the case of harmful sexual behaviour between pupils that ‘it probably is happening here’.”

It added: “Despite 20 years of enhanced focus on safeguarding, schools are not as safe for children as they should be, and children’s interests do not always come first when allegations or concerns of sexual abuse arise. This must change.”

The music schools inherently involved a considerable amount of one-to-one tuition with a “degree of physical contact and the power and influence of revered and influential music teachers”.

This made pupils “even more vulnerable to being sexually abused”, the report added.

It cited the example of Michael Brewer, the former director of music at Chetham’s School of Music, who was convicted in 2013 of sexually abusing a former pupil when she was 14.

The victim took her own life after giving evidence at the trial, prompting other former pupils to come forward and make allegations about abuse.

There were 47 alleged perpetrators reported to the police, 35 of whom were connected to the school, according to the inquiry. Four were charged with criminal offences.

Another case highlighted was Nigel Leat, a teacher who carried out sickening abuse against young girls, many of whom were vulnerable, between 1995 and 2010 at Hillside First School in Weston-super-Mare.

Police later found 454 videos that Leat had filmed of his abuse at the school. He was charged with 36 sexual offences against victims as young as six. He pleaded guilty to all charges.

A serious case review found that his inappropriate or unprofessional conduct had been noted on more than 30 occasions, the inquiry said, but few were officially recorded and no effective action was taken.

The inquiry made recommendations, including the establishment of “nationally accredited standards and levels of safeguarding training in schools”, as well as the reintroduction of a duty on boarding and residential special schools to inform the inspectorate about any child sexual abuse allegations.

‘Major issues with vetting and barring’

Prof Alexis Jay, who chaired the inquiry, said: “Schools play a central role in the lives of almost nine million children in England and half a million in Wales. They should be places of learning where children are nurtured by trusted teachers and are able to flourish in a safe environment. This is in contrast to the many shocking instances of child sexual abuse detailed in this report. They represent the opposite of everything that a school should be.”

Richard Scorer, the head of the abuse law team at Slater and Gordon, which represented several victims who spoke to the inquiry, said: “This report confirms that despite countless scandals, safeguarding in our schools is still not fit for purpose. There are major issues with vetting and barring, whistleblowing, response to allegations, inspection, governance and training.

“The inquiry’s recommendations are welcome so far as they go. However, the key change we need is mandatory reporting of known or suspected abuse to the authorities, backed up by the criminal law – this is the best and ultimately the only effective way to ensure children are kept safe. We urge the inquiry to recommend mandatory reporting in its final report.”

A spokesman from the Government said: “The sexual abuse of a child is abhorrent, wherever it occurs. Schools and colleges should be safe places, and we expect them to provide the right support, care and protection for those living or studying there.

“Our Tackling Child Sexual Abuse Strategy sets out a whole system, cross-government approach to tackling all forms of child sexual abuse, regardless of where it takes place. Following the Ofsted Review last year, we strengthened guidance and support for teachers to help them spot signs of abuse and work is also underway to improve how safeguarding partners – police, council and health services – work together to protect children.” 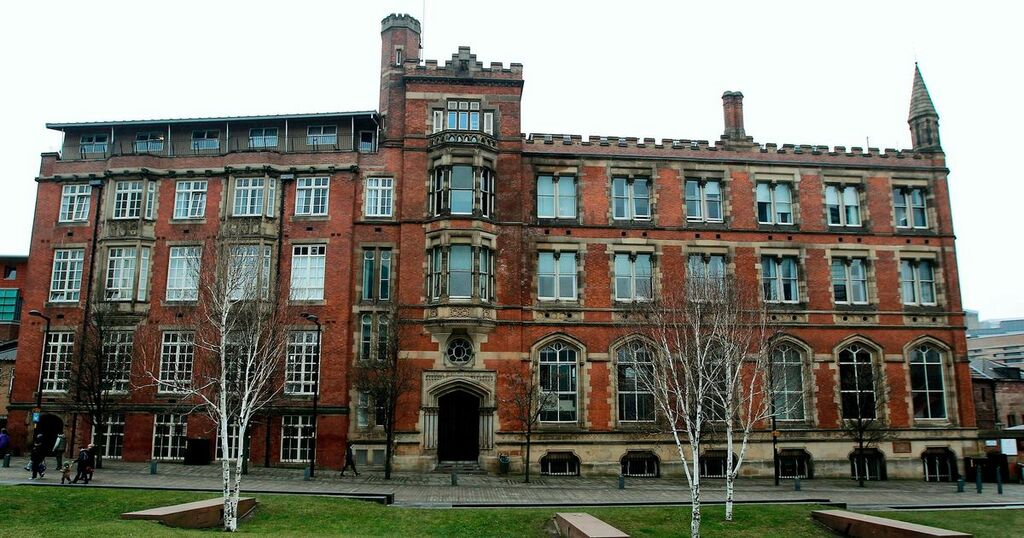 Manchester Evening News
From analysis to the latest developments in health, read the most diverse news in one place.
Boarding schools an ideal environment for grooming, report finds

A report from the Independent Inquiry into Child Sexual Abuse said that ‘for some children, their residential school, in effect,…

Neil Francis, 46, was found guilty of 19 counts of sexual assault and eight counts of indecent assault following a…

Daily Record
One place to find news on any topic, from hundreds of sites.
Former police officer in Rotherham ‘failed to investigate abuse claims’

Ex-Detective Sergeant David Walker was in charge of a unit tasked with investigating child abuse.