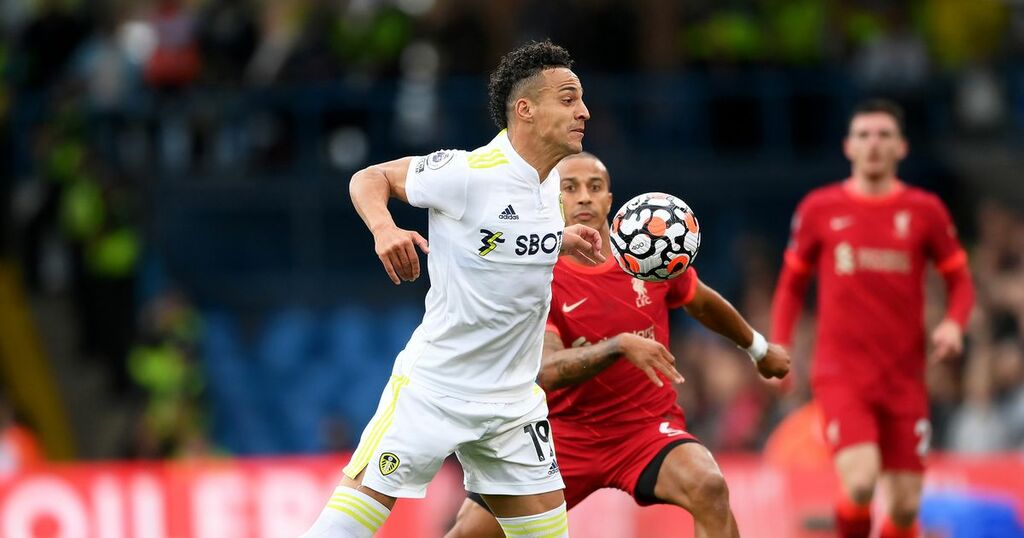 The Whites were beaten 3-0 by Liverpool on Sunday afternoon at Elland Road after Mohamed Salah's first-half strike was followed by finishes from Fabinho and Sadio Mane after the interval.

However, the game could have been a completely different outcome if Leeds' club-record signing Rodrigo had been able to do better with the games first big chance, after an impressive start by Marcelo Bielsa's side.

Raphinha picked Rodrigo out in the centre of the box but he was unable to force Alisson into a sweat with his effort. As it was straight down the throat of the Liverpool goalkeeper, an effort Neville believed the Spaniard should've done better with.

“Rodrigo gets this one wrong. It’s a brilliant take on this right-hand side by Raphinha.

"Rodrigo is in acres of space, Fabinho can’t get back, he goes for power – he has to side-foot it towards that far corner and go for the accuracy.

"For some reason, he goes to put his laces through it,” said the Sky Sports pundit.

Leeds applied early pressure to Jurgen Klopp's side and forced them back into their own half but the Reds were able to take advantage of the space that is often left in behind Leeds' back-four.

If Rodrigo, who was brought to the club last summer for a record fee, was able to hit his striker either side of Liverpool's No.1 then it could have been a very different outcome over in Yorkshire on Sunday afternoon.