It is time to stop any more elephant being domesticated or taken into captivity, except in case of injury or disability, and that, too, only by forest officials in special enclosures maintained in forest areas, the Madras High Court wrote on Thursday.

Chief Justice Sanjib Banerjee and Justice P.D. Audikesavalu made the observation in an interim order on a public interest litigation petition. It was filed by activist Rangarajan Narasimhan of Srirangam, complaining about the ill-treatment of temple elephants.

The activist told the court that many temple elephants did not have regular mahouts with whom they developed a bond and the pachyderms were made to stand in the same place for hours, besides being lodged in small enclosures.

Claiming that the Hindu Religious and Charitable Endowments Minister had recently made a call to people to donate elephants to temples, he wondered what the necessity was for religious institutions to own elephants.

Referring to the religious references to Lord Vishnu having descended on earth to save an elephant from a crocodile, the litigant said, “Religion does not insist on keeping animals in captivity. It has only become a fashion statement to donate elephants to temples.”

After hearing him as well as a few elephant lovers who wanted to get themselves impleaded in the case, the judges directed the Forest Department to apprise the court, by August 25, of the minimum physical activity that an elephant was required to undertake. They also wanted the Forest Department and the HR&CE Department to jointly explore the possibility of creating natural surroundings on huge tracts of properties owned by temples so that the animals could be housed there and taken to temples only during festivities.

The court said the Principal Chief Conservator of Forests should resuscitate the district-level captive elephants monitoring committees and could utilise the Tamil Nadu State Judicial Academy campuses in Chennai, Madurai and Coimbatore to create awareness programmes.

“It is possible that in the larger interest of the elephants, the hearing of this matter can, at least on one occasion, be alfresco and in a less formal atmosphere, so that more persons may have a say and hearing may even be in the presence of the animals, whether at a temple or elsewhere,” the judges said, before adjourning the case to August 25. 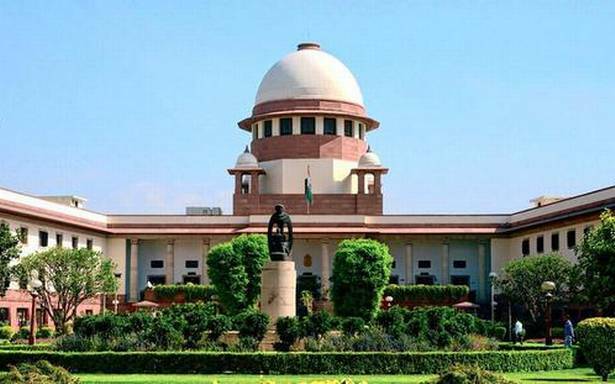 Do you intend to close tribunals, Supreme Court asks Centre
CJI reads out in open court details of over 200 vacancies in key tribunals, making them redundant in their slow…

The Hindu
One subscription that gives you access to news from hundreds of sites
Morning Digest: Pegasus | Supreme Court to hear pleas on Pegasus today; Indian wrestler Vinesh Phogat moves to quarterfinals at Tokyo Olympics, and more