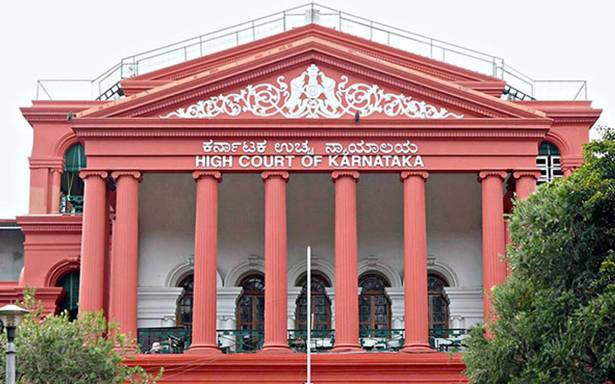 The High Court of Karnataka has quashed the government’s order of declaring certain pockets of land, including those used for grazing of cattle by Sri Ramachandrapura Mutt and others, as reserve forest in 2015.

The court also directed the government to make, within two months, necessary changes in the revenue records to treat them as ‘gomal land’ as existed earlier, if the status was changed as ‘forest land’ in the records based on the 2015 order passed by the Forest Department. Justice Krishna S. Dixit passed the order while allowing a petition filed in 2015 by the mutt questioning the Forest Department’s July 2015 order of declaring them as ‘forest land’ by initiating a proceedings under Section 64A of the Karnataka Forest Act, 1963, to reclaim the ‘encroached’ land.

The court upheld the mutt’s contention that the government, in 2002-2005, had excluded 60 acres of land, including land used by the mutt for cattle grazing, in survey number 7 of Ramachandrapura village from declaring them as ‘reserve forest’.

The court noted that the Government Order issued in 2015 had categorised these pockets as ‘gomal land’ while including the remaining 160 acres in survey numbers 7 and 56 as ‘reserve forest’.

“...the subject land shall be retained as the gomal land for the benefit of the cattle of the petitioner — mutt and other agriculturists; if entries in the revenue records are changed, the same shall be restored as they were before,” the court said.

The court told the government to consider within six months the application made by the mutt seeking allotment of a part of the gomal land for its goshaala.