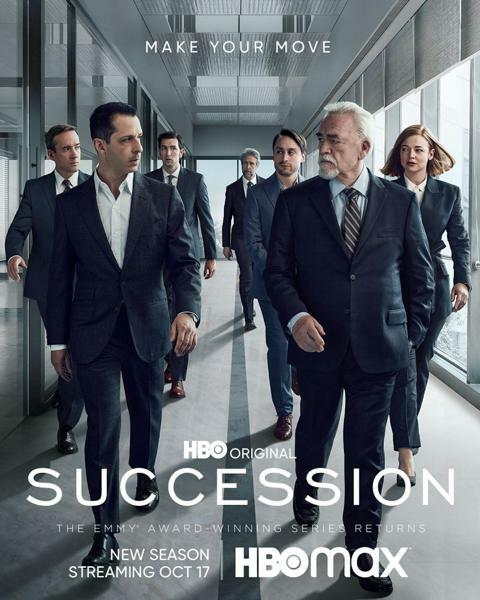 Emmy award-winning drama series, Succession will return for its nine-episode season Sunday, October 17 (9:00-10:00 p.m. ET/PT) on HBO and will be available to stream on HBO Max. Succession won a total of seven Emmys®, including Outstanding Drama Series for its second season.

HBO official logline for the upcoming season : “Ambushed by his rebellious son Kendall at the end of Season two, Logan Roy begins Season three in a perilous position, scrambling to secure familial, political, and financial alliances. Tensions rise as a bitter corporate battle threatens to turn into a family civil war.”