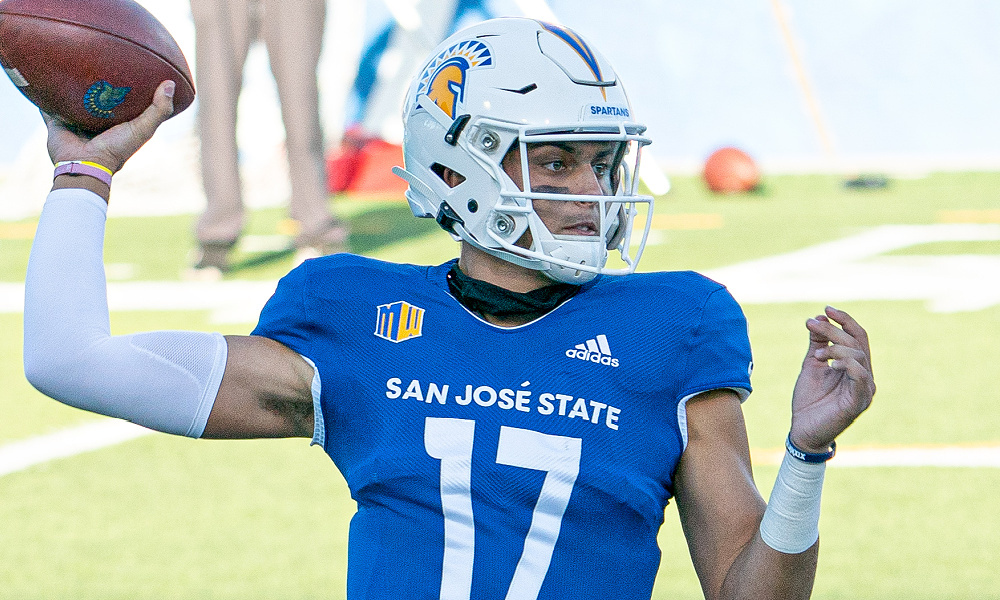 Why San Jose State Will Win

The lines continue to be great.

Getting rocked by USC 30-7 a few weeks ago looked a bit worse than it actually was. The Spartan defense front made a whole lot of plays in the backfield, the passing game cranked out over 300 yards, and things started to get away as USC heated up.

Hawaii hasn’t been generated enough pressure so far in its first three games. Turnovers have been a problem, time of possession is an issue, and way too many plays have been allowed behind the line.

San Jose State will get into the Hawaii backfield.

Why Hawaii Will Win

Hawaii is just a different team at home.

It’s different this season in a different setting than normal, but last year the Rainbow Warriors occasionally had issues when they had to make the long trips.

The defense might have struggled against UCLA and Oregon State, but it’s been able to do a decent job of taking the ball away, the passing offense has been solid, and the parts are still there to step up the pass rush that hasn’t quite been there yet.

San Jose State won 35-24 last year at Hawaii, but does this year’s team have the same sort of magic?

The Rainbow Warriors should be better than they’ve looked so far, but they’re still going to have problems with the San Jose State pass rush and Spartan QB Nick Starkel will get too much time to work.