Federal investigators blamed a deadly 2019 helicopter crash in Hawaii on the pilot’s decision to keep flying into worsening weather, and in a report Tuesday they accused regulators of lax oversight of air tours that are popular among tourists to the islands.

The National Transportation Safety Board said that the Federal Aviation Administration had delayed installing aviation weather cameras that might have alerted the pilot to the fog-shrouded conditions in a mountainous region on the island of Kauai. The board also said the FAA failed to do enough to ensure that tour pilots in Hawaii are trained in handling bad weather.

Safety board Chair Jennifer Homendy said some will be quick to single out the pilot for causing the crash, which killed all seven people on board, but that she was trouble more by the FAA’s role.

“The fact is that this tragedy should never have occurred. It was 100% preventable,” Homendy said. “There was minimal FAA oversight of the safety of air tour operations in Hawaii. The FAA should be leading on safety, not ceding their responsibility to the industry that they are charged with regulating.”

The tour helicopter operated by Safari Aviation was carrying the pilot and six passengers — three adults and three children, the youngest was 10 — when it crashed in turbulent weather near the famed Na Pali Coast. Witnesses and other pilots reported fog, rain and low visibility around the time of the crash, and some pilots had turned around.

The pilot, 69-year-old Paul Matero, had his license revoked in 2010 after testing positive for marijuana, but his certificate was reinstated in 2012. A toxicology report after the crash found no drugs in Matero’s system. Matero was not licensed to fly solely by instruments.

The FAA said it has installed weather cameras at five locations in Hawaii including two on the island of Kauai — although none in the area of the crash — and it plans to install 21 more across six islands by the end of next year. The FAA has been operating weather cameras in Alaska for more than 20 years.

The NTSB said it found no mechanical problems with the helicopter, but it said Safari Aviation’s lack of a formal process to identify safety hazards contributed to the accident.

The FAA said it has started writing regulations to require tour and charter operators to adopt safety-management systems to identify and minimize risks — a longtime NTSB recommendation.

“Air tour operators today can apply to the FAA’s voluntary Safety Management System program, and we have rule making underway to make these systems a requirement,” the FAA said in an emailed statement.

The safety board voted 4-0 to adopt a staff-written outline of the probable cause of the crash, along with 10 safety recommendations, eight of them directed at the FAA.

The board also renewed nine other past recommendations to the FAA, including requiring tour helicopters to be retrofitted with so-called black boxes that would aid investigators after crashes.

Currently, FAA requires the devices on air ambulance helicopters, and manufacturers include them on some models. The agency said it encourages air tour operators to equip their aircraft with flight data recorders and is considering requiring the devices. 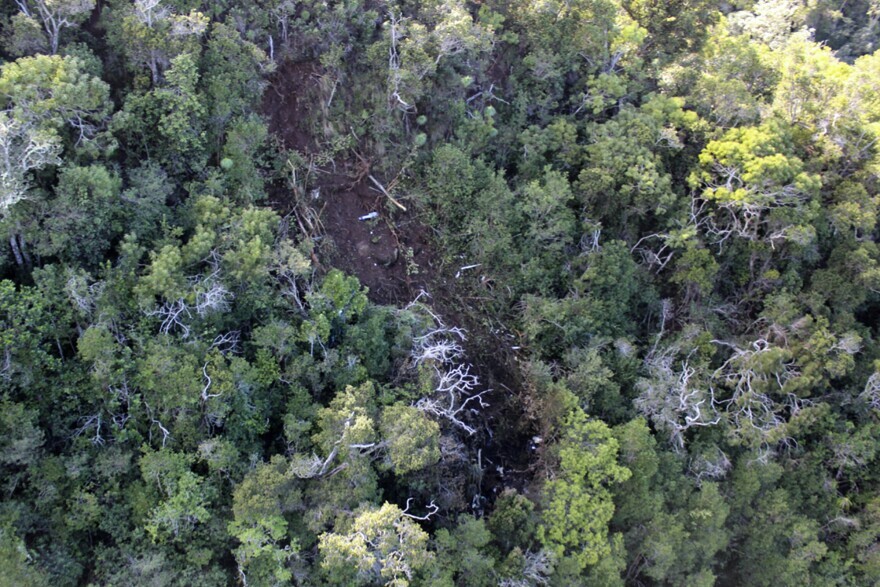 A Hawaii helicopter crash that killed 7 could have been prevented, investigators say
U.S. investigators blamed the 2019 crash on the pilot's decision to keep flying into worsening weather, and they accused regulators…

A preliminary report into a fatal helicopter crash at Mount Disappointment, at the southern end of the Great Dividing Range,…