Has Australia gone too far in stifling prayer? - opinion 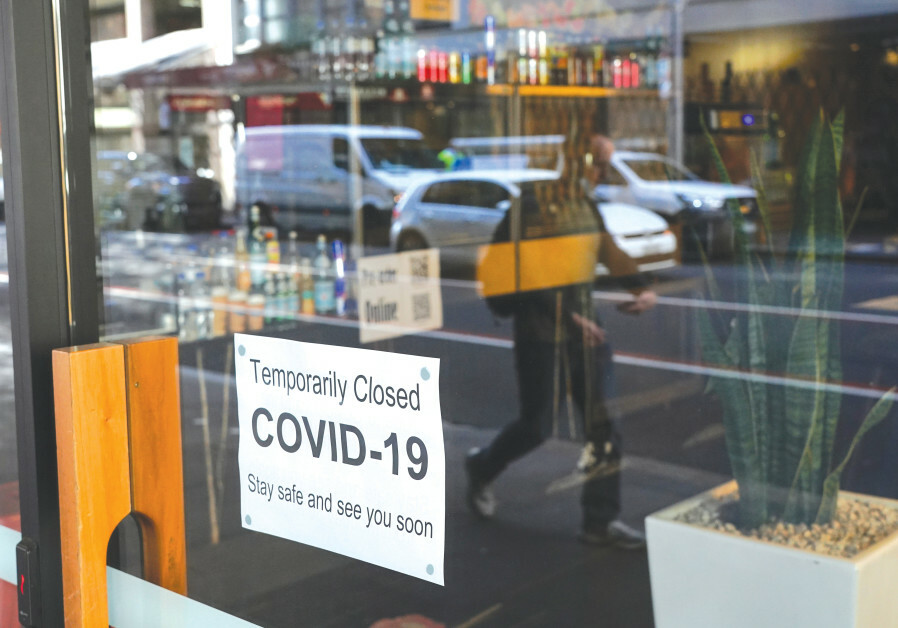 By now most Australians have probably seen the viral video of ultra-Orthodox Jews escaping the police across rooftops on Rosh Hashanah.

Apparently, they had staged an illegal prayer service for the Jewish New Year, and the police had come to administer a $5,000 fine per person.

It must have seemed funny to witness the men in dark attire, earlocks flying, with the accompanying “Mission Impossible” theme song that was added by a viewer for good effect.

I, for one, don’t believe in secret prayer services or breaking laws that are created to safeguard life. But I do believe in lawfully challenging those laws. And I’m amazed that Australian Jewry, and Australians in general, have allowed their country to revert to what it once was, a prison continent where even leaving the country today requires special government permission.

It seems odd that it took a liberal publication like The Atlantic to finally call out what is happening in Australia, a country where my wife’s parents and siblings live and where I spent two years as a rabbinical student in Sydney.

My in-laws have been in lockdown for about two months now. My brother-in-law is a rabbi in Sydney. He is allowed to leave his house for an hour a day to go jogging. If he speaks to a congregant while he jogs, however, he risks being fined by the police.

But that is nothing compared to my sister-in-law in Melbourne who, over the past 18 odd months, has spent perhaps seven months in lockdown along with the rest of the inhabitants of Australia’s second-largest city.

In a highly insightful column that actually calls into question whether Australia can still call itself a free country, Atlantic columnist Conor Friedersdorf writes, “In a bid to keep the coronavirus out of the country, Australia’s federal and state governments imposed draconian restrictions on its citizens.

Prime Minister Scott Morrison knows that the burden is too heavy. ‘This is not a sustainable way to live in this country,’ he recently declared. One prominent civil libertarian summed up the rules by lamenting, ‘We’ve never seen anything like this in our lifetimes.’

“Up to now one of Earth’s freest societies, Australia has become a hermit continent. How long can a country maintain emergency restrictions on its citizens’ lives while still calling itself a liberal democracy?”

AT THIS time last year I was on CNN fighting Gov. Andrew Cuomo’s attempts to either lock down or severely restrict synagogue prayers for the High Holy Days. The governor passed an ordinance limiting synagogues and other places of religious worship in coronavirus hot zones to just 10 to 25 people, even in synagogues and churches built to house hundreds or even thousands.

The governor’s restrictions on shuls proceeded even while no such restrictions were placed on secular outlets such as bicycle shops, liquor stores and acupuncture clinics.

But unlike the synagogues and churches in Australia which have agreed to be shut down utterly, even as people are in desperate need of prayer for their psychological, spiritual and emotional well-being, the Jewish and Catholic communities of New York fought Cuomo all the way to the United States Supreme Court.

The Orthodox Agudath Israel, joined by the Catholic Archdiocese of Brooklyn, sued New York state and, after some initial legal setbacks, finally and decisively prevailed in the highest court of the land, which issued a midnight ruling on the eve of Thanksgiving.

The Agudah lawsuit questioned why synagogues in “red zones” were limited to 10 per building, while businesses such as pet shops, financial firms, liquor stores and other “essential” businesses were allowed to operate without any restrictions on numbers of employees or customers.

Justice Neil Gorsuch wrote for the court: “It is time – past time – to make plain that, while the pandemic poses many grave challenges, there is no world in which the Constitution tolerates color-coded executive edicts that reopen liquor stores and bike shops but shutter churches, synagogues and mosques.”

A year later the synagogues are fully open and Cuomo is gone.

SO NO, I don’t believe that hassidic Jews should be organizing secret, unsanctioned prayer services that contravene the law. But I absolutely believe in the Jewish community exercising its rights and legal muscle – throughout the world, including in Australia – to pray and celebrate their holy days.

And why haven’t they? Because we forget that faith is a vaccine for hopelessness, and worship an antibody against despair.

I love Australia like few other countries. I arrived there when I was just 19 years old, sent by the Lubavitcher Rebbe, to establish, with 10 colleagues, the first rabbinical seminary in Sydney. I married a young woman from Sydney and have returned to Australia countless times to visit family and do press and book tours, most recently just before the pandemic hit.

Australia is beautiful, warm, inviting and utterly unique. The Australian people are among the most relaxed and friendly on earth. But they have been anything but relaxed over the pandemic.

The country started with what seemed an utter conquest of the coronavirus by shutting its borders and retreating into its geographic isolation.

As Australians watched us residents of New York and New Jersey suffer through a coronavirus meltdown, they no doubt felt justified in the isolation.

Little did they realize, however, that their sense of self-protection would not spur a hunger for the vaccines, as it did here in the United States, or bring about anything nearing herd immunity.

Then the government seemed to utterly botch even the purchasing of the vaccines, as Pfizer and Moderna shots were gobbled up by the US, the EU and even tiny Israel, while Australia got mostly AstraZeneca, which its population doesn’t fully embrace.

The net result is a country that sees indefinite lockdowns.

My wife and I wish we could visit her parents. We love them and miss them.

It’s time for a great nation like Australia to change tactics on the coronavirus. Such a shift might just be spurred, as it was here, by the Jewish community demanding its rights to pray and challenging the lockdowns in courts. Such prayer services would have to be, as I myself conducted them for a year through the coronavirus, outdoors and masked. And now, there is no excuse for people not to be vaccinated.

But by returning to the safe prayer and protected communal engagement, the people of Australia will discover what we in America have found. Religious worship and spiritual hope is critical to the health and lifeblood of any great nation.

The writer is founder of the World Values Network and the international best-selling author of 30 books, including Judaism for Everyone. Follow him on Twitter and Facebook @RabbiShmuley.