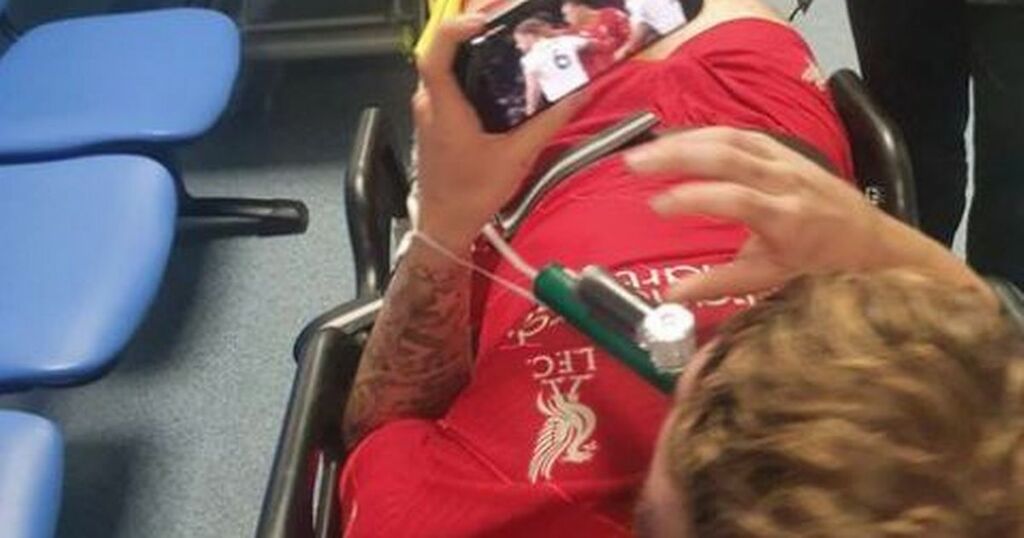 The 18-year-old suffered a dislocated ankle following a challenge by Leeds United defender Pascal Struijk on Sunday, which saw the centre-back receive a straight red card.

Elliott’s injury overshadowed a 3-0 win over Leeds at Elland Road, which saw the Reds maintain their unbeaten start to the Premier League campaign.

The injury to Elliott saw the teenager go to Leeds General Infirmary for immediate treatment, and is expected to have surgery on Tuesday.

He has already spoken about the tackle from Struijk, who later apologised for the challenge, adding that he should not have been sent off.

Now Elliott has taken to Instagram to show that even though he was in need of medical attention, he was desperate to know how his team-mates were getting on.

At the time of Elliott’s injury, Liverpool were 2-0 with goals from Mohamed Salah and Fabinho, before Sadio Mane bagged the third in the closing stages.

In the post, Elliott appears to be at the Leeds hospital, laying down and watching the match on his phone.

“Proud of the boys for getting the well worked three points,” wrote Elliott.

Before suffering the injury, Elliott was starting his third Premier League game in a row following starts in the games against Burnley and Chelsea.