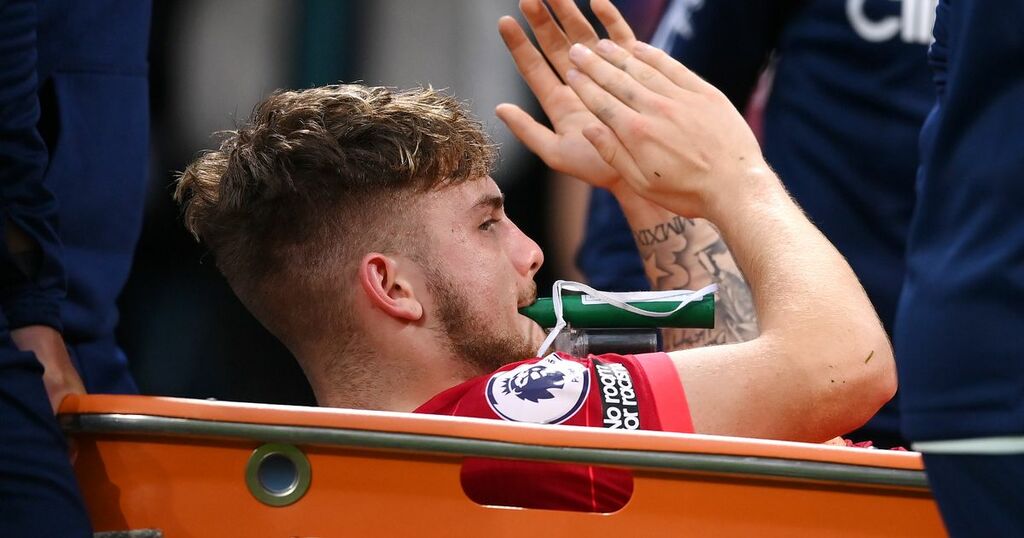 Harvey Elliott suffered what appeared to be a suspected broken left leg during Liverpool’s Premier League game at Leeds United this afternoon.

Elliott was on the receiving end of a strong challenge from Leeds substitute Pascal Struijk when they tussled for possession down the right wing during the second half.

The 18-year-old went to ground in obvious distress with nearby Liverpool player Mohamed Salah instantly calling for the game to be stopped and the medics to enter the field.

Elliott underwent lengthy treatment with the game stopped for several minutes before the youngster left the field on a stretcher with his left leg in a brace.

After a VAR check, Struijk was given a straight red card for the challenge, leaving Leeds to play the final half-hour with 10 men.

Elliott was well enough to applaud the Leeds fans from his stretcher as they gave him an ovation as he left the stadium.

It is believed the midfielder was due to be replaced in any case by skipper Jordan Henderson with Liverpool leading 2-0.