Harvey Elliott speaks out on tackle that caused horror ankle injury - "It wasn't his fault!" 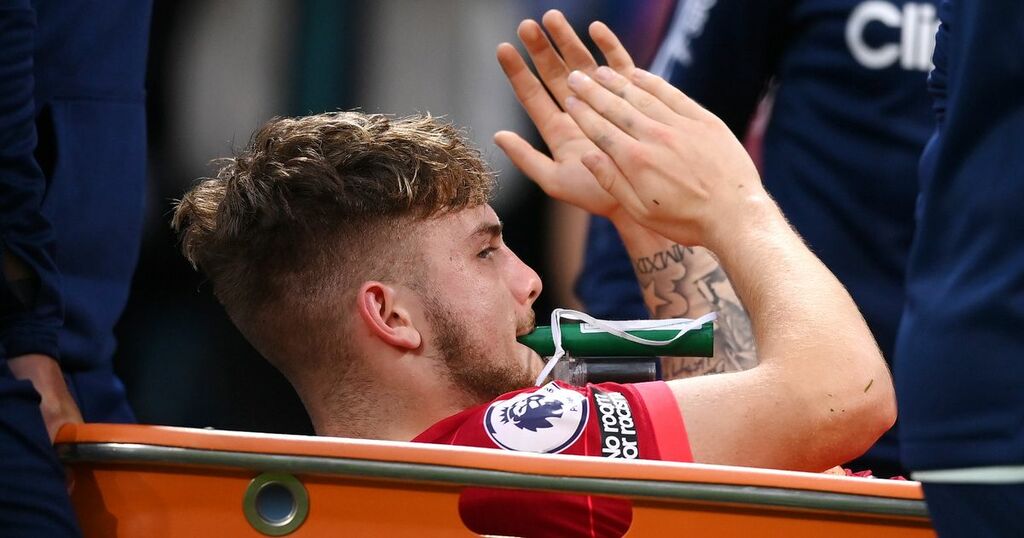 Harvey Elliott has spoken out on the tackle that caused his horror ankle injury and claims it was not Leeds defender Pascal Struijk's fault.

In the 58th minute, Struijk lunged at Elliott, who was bursting away in search of extending Liverpool 's lead in the Premier League clash.

The Dutch centre-back caught the 18-year-old's ankle with his tackle, dislocating it in the process as the Reds' medical staff immediately rushed on.

Elliott was able to receiving treatment on the pitch before being discharged from hospital on Sunday night after Jurgen Klopp's men claimed a 3-0 victory thanks to goals from Mohamed Salah, Fabinho and Sadio Mane.

On Monday, the teenage starlet defended Struijk and believes that he was unfairly sent off by referee Craig Pawson.

"Neither was it a red card just a freak accident but these things happen in football."

Elliott, who watched the remainder of the match from an ambulance while on gas and air, added: "I’m of course absolutely devastated with what happened yesterday at Leeds, but have been totally overwhelmed by the love and support shown to me by the entire football world following the injury.

"Thank you so much to everyone who has reached out or sent messages to me and my family, it means so much to us. Also a massive thanks to everyone inside Elland Road for the reception you gave me immediately after it happened."

"I am now fully focused on my recovery and will give everything in my rehabilitation to be back out there as soon as I can. I know I have an incredible support network behind me at Liverpool and together we will get through this," Elliott continued.

"To all of the Liverpool fans, your support means the world to me. I’m one of you and I can’t wait to be back faster, fitter and stronger to help the team in the future.

Former Premier League official Mark Clattenburg agreed that the tackle was not worthy of a sending off and believes Leeds have a good chance of winning an appeal should they lodge one.

Did Struijk deserve to be sent off? Comment your thoughts below .

"Remember the foul by Heung-min Son on Andre Gomes, for which the Tottenham Hotspur striker was sent off. Spurs appealed that red card and won," Clattenburg wrote in his column for the Daily Mail.

"Leeds United are likewise bound to lodge an appeal after Struijk was dismissed for his challenge on Elliott on Sunday.

"We haven't seen all of the replays because of the severity of the injury to Elliott. From the angle we were shown in real time, however, the challenge from Struijk didn't look a bad one."

An emotional Klopp was struggling to find the words post-match, telling Sky Sports: "It is a bad injury. Ankle. I heard it was dislocated and we could put it back, he's now in hospital.

"He played an incredible game, an incredible player. Now he's out. Do I want such a young boy to have this experience so early in his career? No."

The German admitted: "We will play without him but we will wait for him. He's a top top player. I saw the situation, I saw his foot not in the right place, that's why we were shocked. That's it.

"Nothing important [regarding the red card call]. I am not sure it's the right moment to speak about this kind of things. It wasn't important, really."