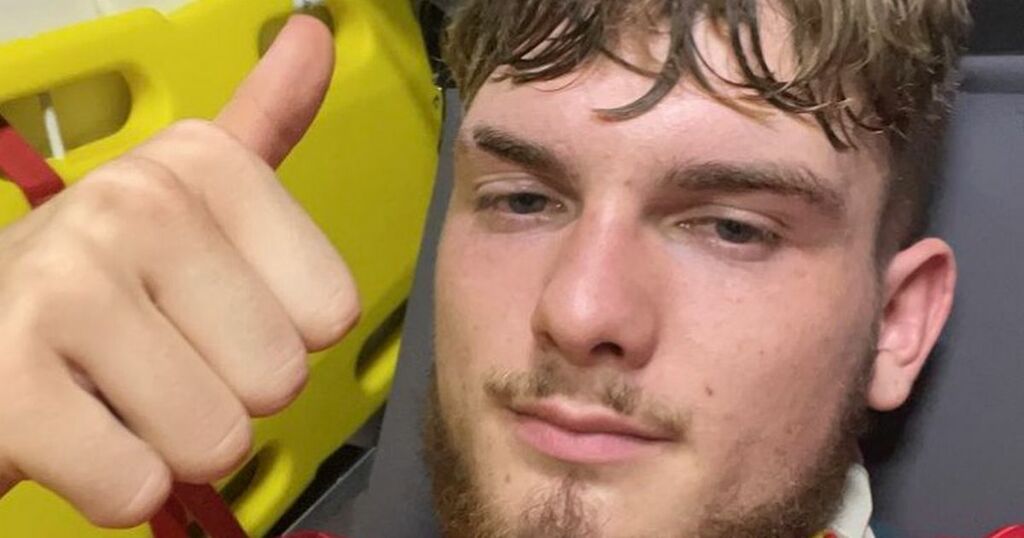 Liverpool midfielder Harvey Elliott has immediately thanked fans for their well-wishes after he suffered a suspected broken leg in their 3-0 win at Leeds United.

Elliott was challenged from behind by Leeds substitute Pascal Struijk, who was sent off the lunge.

Elliott has been an impressive addition to the Liverpool first-team this season, following on from his loan spell at Blackburn last season.

Taking to his Instagram Story, he wrote: "Thank you for the messages guys. Road to recovery. YNWA."

Teenager Elliott was making his third successive Premier League start for the Reds, the youngest midfielder to do so in the club's history, having impressed this season in an attacking midfield role.

Struijk's challenge sparked outrage from Liverpool's players and staff alike as they reacted in disbelief, with the stricken Elliott immediately receiving treatment as medical men ran on from the sidelines.

Gary Neville, commentating for Sky Sports, immediately said "Oh no!" following the injury, adding that it was "not a good one."

Neville did go on to say he disagreed with the decision to send off Struijk, "The most important thing is the boy but I'm not sure it's a red card. We're watching it up here but we can't show it. The red card is a result of the injury rather than the tackle.

"It's not a good one. Players who saw it originally have walked away in shock. Jurgen Klopp is furious."

Players and staff from both Leeds and Liverpool were visibly shaken by the incident.

Liverpool skipper Virgil van Dijk has sent his "thoughts and prayers" to Elliot, while explaining how the players knew how serious the incident was from the moment Mo Salah frantically gestures to the sidelined.

The Dutchman has suffered an injury that kept him out of action for just under a year and will be able to issue Elliot with advice on to recover from this kind of set-back.

Jurgen Klopp said after the game, "It is a bad injury, ankle, I heard it was dislocated he is now in the hospital – do I want such a young boy having this experience this early in his career? No but that is the case, we will wait for him because obviously he is a top top player.

"I saw the situation, I saw immediately the effect because I could see his foot not in the right place, that’s why we were all shocked.