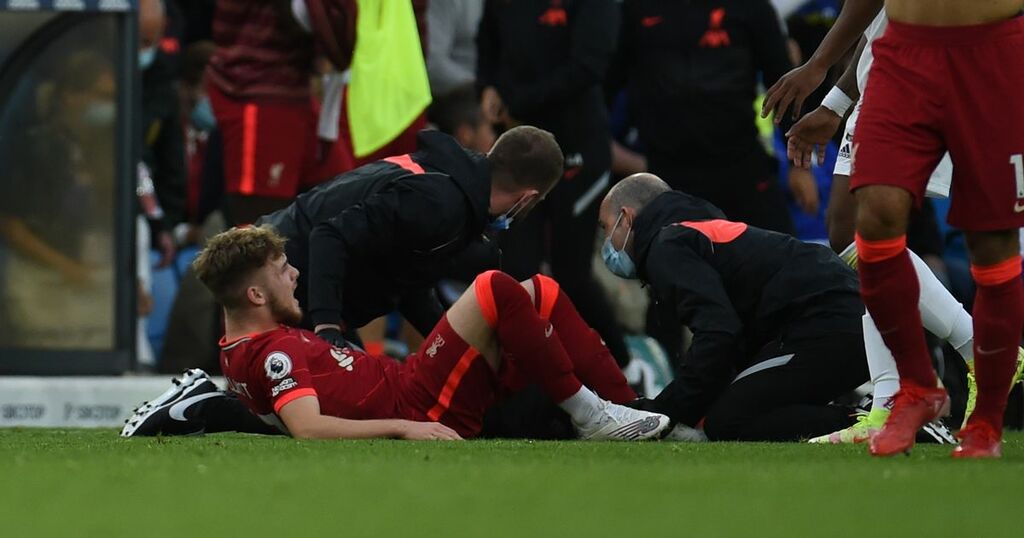 Liverpool youngster Harvey Elliott admits he has been "overwhelmed" by the support shown to him following his horror injury - as he vowed to return better than ever as soon as possible.

Elliott will undergo surgery in the coming days after dislocating his left ankle when challenged by Leeds United substitute Pascal Struijk in the Reds' 3-0 Premier League win at Elland Road on Sunday.

The 18-year-old, who has proven a breakthrough star under Jurgen Klopp this season, is expected to be sidelined for a significant period.

And Elliott is grateful for the response he has received as he prepares to begin a lengthy rehabilitation.

Writing on Instagram on Monday morning, Elliott said: "I’m of course absolutely devastated with what happened yesterday at Leeds, but have been totally overwhelmed by the love and support shown to me by the entire football world following the injury.

"Thank you so much to everyone who has reached out or sent messages to me and my family, it means so much to us.

"Also a massive thanks to everyone inside Elland Road for the reception you gave me immediately after it happened.

"I am now fully focused on my recovery and will give everything in my rehabilitation to be back out there as soon as I can. I know I have an incredible support network behind me at Liverpool and together we will get through this.

"To all of the Liverpool fans, your support means the world to me. I’m one of you and I can’t wait to be back faster, fitter and stronger to help the team in the future. You’ll Never Walk Alone!"