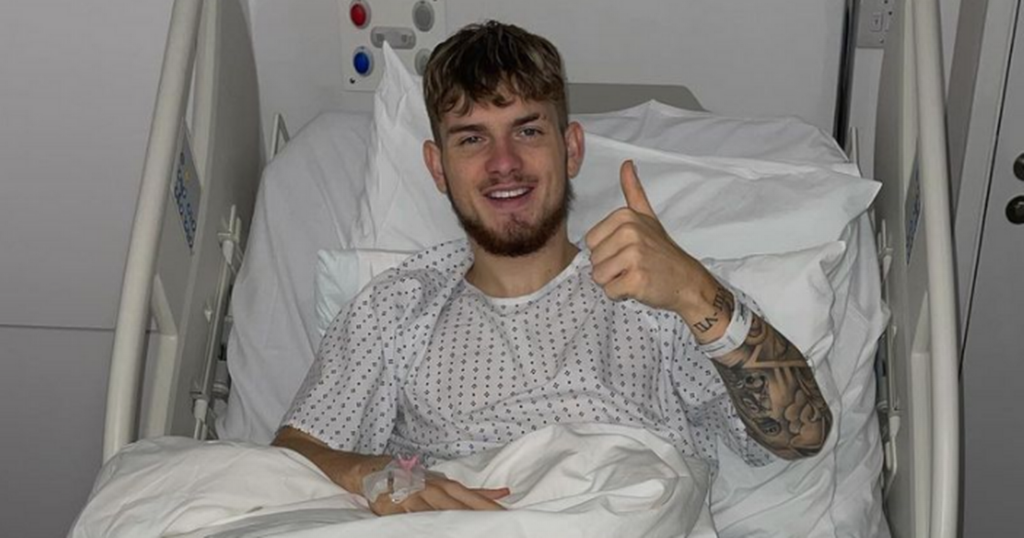 Harvey Elliott has been criticised for suggesting Pascal Struijk has been wrongly punished for injuring his ankle.

Former Crystal Palace chairman Simon Jordan claimed players have "too much to say for themselves these days" and that the Liverpool midfielder shouldn't have spoken out to rubbish the FA's decision.

Elliott was injured by Leeds star Struijk in Sunday's clash between the two sides at Elland Road.

The Liverpool youngster suffered a dislocated ankle under a tackle from Struijk, who was shown a straight red card by referee Craig Pawson, as Elliott was removed from the pitch on a stretcher and taken to hospital.

Elliott has since undergone a successful ankle operation and posted an Instagram update from his hospital bed, where he absolved Struijk of blame.

"[It] wasn't his fault whatsoever," the Liverpool midfielder wrote. "Neither was it a red card just a freak accident but these things happen in football."

He added: "I'm of course absolutely devastated with what happened yesterday at Leeds, but have been totally overwhelmed by the love and support shown to me by the entire football world following the injury.

"Thank you so much to everyone who has reached out or sent messages to me and my family, it means so much to us. Also a massive thanks to everyone inside Elland Road for the reception you gave me immediately after it happened."

Leeds attempted to have Struijk's three-match ban for the sending off overturned following the fixture, believing the card was issued due to the injury, rather than because the tackle warranted a red, but the FA rejected their appeal.

And now Jordan has had his say on the matter, explaining why he believes Elliott should have just kept quiet.

Jordan said on talkSPORT: "We ask for a cultural change in football from the way that fans behave on the terraces to the respect to the referees. What happened to the respecting of a decision?

"There is an authority and a line of communication that you have to adhere to whether you like it or not. If someone asked Harvey Elliott and that's fine as you can't criticise someone for answering a question.

"If you start volunteering information you are getting into the territory of why did you need to do this? You have got to respect the reality of the game, sometimes things are not right or perfect.

"And sometimes I just think players have a little bit too much to say for themselves. We need to build a culture of professionalism in referees and we need to recognise their authority.

"I am saying it is not Harvey's gift to question the authorities that make decisions based upon their very best intentions. He said to everybody that he is absolving the player of any responsibility for the injury, he is now criticising the sanction.

"His view is that the sanction is too stringent but who determines the sanctions should be? The bleeding players?"