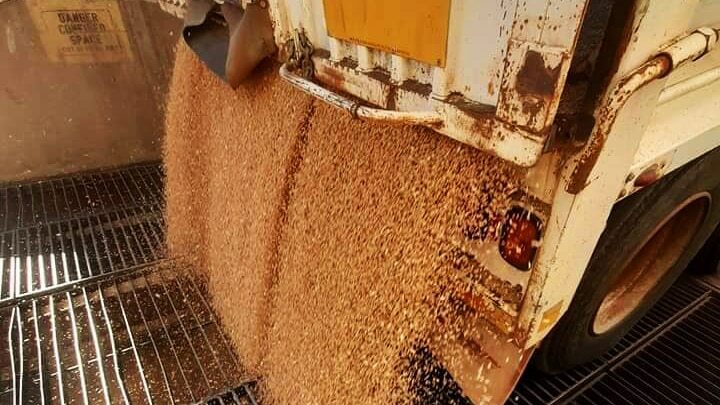 The wheat harvest got underway in Central Queensland this week, in what marks the start of Australia's winter crop harvest.

The national commodities forecaster, ABARES, is predicting another bumper crop of around 54.8 million tonnes.

Watching the first loads of grain arrive at the Capella receival site this week, GrainCorp's regional operations manager, Brad Foster, said the quality was good and the company was optimistic about the season ahead.

"In southern Queensland, the bulk of the harvest is about a month away, but crop conditions are looking really good," he said.

The H2 wheat received at Capella this week is valued at around $306 a tonne.

Meanwhile premium wheat (APW) prices around Australia are reaching their highest levels since 2008.

Still a long way to go

Farming is never easy and there's a lot that can happen between now and the end of harvest.

Mice numbers are again on the rise, with reports coming in from "Rockhampton to Adelaide".

And the ABARES crop outlook this week is probably already out of date, because it does not factor in frost damage in Western Australia this month.

WA farmers have told ABC Rural the frost damage has been "widespread and severe", but exactly how many tonnes of grain has been lost in WA is still being assessed.

"In area it's large. The really severe area is not huge, but it's still probably a million hectares," said York-based agronomist Michael Lamond.

When asked if labour issues had been factored into ABARES' latest crop forecast, economist Peter Collins said it had been considered.

"What we're hearing is that things might be tight in some places, but people are still confident of finding enough labour to get the harvest off," he said.