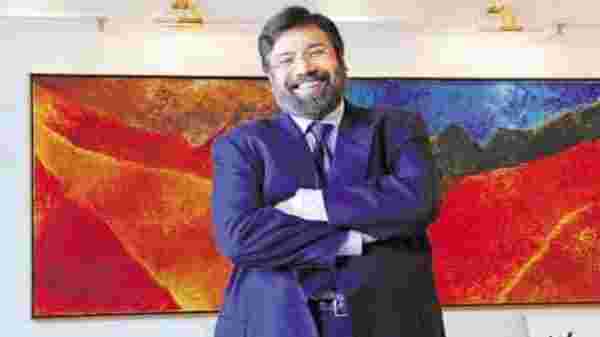 The chairman of the RPG Group Harsh Goenka likes to share his thoughts and wisdom on Twitter interacting with netizens who whole-heartedly react and interact with his tweets. He tweeted “Kabir on stock market.." which is written in unique doha style.

ICICI bank was the top loser in the Sensex pack, shedding around 2 per cent, followed by NTPC, Bajaj Finserv, HUL, Asian Paints, ITC and HDFC.

On the other hand, Tech Mahindra, Reliance Industries, Kotak Bank and Infosys were among the gainers.

Foreign institutional investors (FIIs) were net sellers in the capital market, as they offloaded shares worth ₹5,122.65 crore on Wednesday, as per exchange data.

"In the bull-versus-bear fight going on in the market now, fodder for bears is the sustained selling by FIIs who have sold equity worth around ₹18,000 crore during the last six days. This sustained selling is in sync with the view of most foreign brokerages that valuations are stretched," said VK Vijayakumar, Chief Investment Strategist at Geojit Financial Services.

The strategy of 'buy-on-dips' which worked well since April 2020, is not working now, he said, adding that valuations remain high even after this correction.

Stock exchanges in the US largely ended on a positive note in the overnight session.