This is just some of what to expect in the world of Harry Potter and his band of family, friends and enemies, who bring it all to life for the long-awaited Australian premiere of a reimagined one-part Harry Potter and the Cursed Child in Melbourne.

Based on an original new story by JK Rowling, John Tiffany and Jack Thorne (who collapsed on his knees when asked to write the play), this is now the incredible eighth story in the Harry Potter canon, and the first-ever Harry Potter story to be presented on stage.

With more than one million tickets already sold – a record for most tickets sold of any stage play in Australia – a star-studded audience of the Who’s Who of Melbourne’s theatre, arts and television scene (and a lot of children) was greeted with champagne and frozen-ice purple drinks for the fast-paced, singular performance over three hours (instead of the five-hour epic pre-COVID) on May 19.

Even before heading to our seats, a trolley witch walked around offering up Harry Potter sweets, Bubble brews and Exploda sodas. Trying to snatch chocolate frogs, Bertie Bott’s Every Flavour Beans or even the Jelly Slugs might have spoilt the moment or turned us into owls, so we let them drift on by.

Inside the theatre, the Pottermania was feverish, and, as an eager student, the music and magic were compelling conduits to follow this highly energised, super-powered storyline which begins 19 years after the Deathly Hallows’ climactic Battle of Hogwarts, with Harry’s son, Albus Severus Potter, Rose Granger-Weasley and Draco’s son Scorpius Malfoy trying to become friends with each other.

The storyline’s epicentre is the story of Cedric, one of the main characters in the fourth book, Harry Potter and the Goblet of Fire, who represented Hogwarts School of Witchcraft and Wizardry in the Triwizard Tournament alongside Harry Potter.

He was unfortunately killed and now Albus and his amigos try to bring Cedric back to life using a tiny, glowing time machine called a Time-Turner.

We face the dark magic

What stands out in all this wizardry is the extraordinary craft and excellent train station skills of set designer Christine Jones, the features movement by Steven Hoggett and Katrina Lindsay’s costume design.

Not to mention the illusions and magic created by Jamie Harrison (Chris Fisher leads the delivery of the Australian production), who says the rules of magic were already set in stone by the original stories, so he had to master the craft on stage.

Exactly how the actors flipped upside down and were suspended, or how steam came out of Scorpius’ ears, or how Delphi Diggory (Voldemort’s daughter) transformed on stage and grew creepy long arms is a secret best left to illusionists with PhDs.

“The biggest illusion of all is making it look simple.

“Performing magic is complicated. Magicians spend a lifetime mastering sleights of hand … actors in this show have weeks. It is no small undertaking for them, as some of the effects in the show involve a huge amount of practice and skill,” says Harrison.

“Oh my God, how did they actually do that,” asked one die-hard fan seated nearby, sipping on Hogwarts’ Great Hall tonic for good measure.

Thrilled to see entrances by Dumbledore, Severus Snape and Moaning Myrtle, another group of Potter tragics kept up the pace, right to the very last moment of magic.

Will we ever see the Cursed Child on the big screen?

The cast and crew of Harry Potter reunited earlier this year to celebrate the 20th anniversary of the first film’s premiere (Harry Potter and the Philosopher’s Stone, 2001).

The films’ stars including Daniel Radcliffe (Harry Potter), Rupert Grint (Ronald Weasley) and Emma Watson (Hermione Granger) reminisced about their lives on and off set, and the whole show is streaming on Binge.

Director of the first two films, Chris Columbus, when asked if he’d love to direct the Cursed Child, said at the time it would be “cinematic bliss”, according to The Hollywood Reporter.

“A version of Cursed Child with Dan, Rupert and Emma at the right age, it’s cinematic bliss.

“If you’re a film nerd or cinephile, it’s kind of like what JJ [Abrams] did with Star Wars. Star Wars really started to be great again when JJ made the film and we had all the original cast back.

“There’s no question if you’re a Star Wars fan, you were moved just seeing them on screen, seeing Harrison Ford as Han Solo again – and Chewy. It was very moving.

“I think that would be the same situation for Harry Potter fans. To be able to actually see these adult actors now back in these roles? Oh, yeah. It would be amazingly fun to make that film – or two films.”

On the other hand … Radcliffe isn’t so keen.

Speaking in March about Columbus’ comments and his reunion to the New York Times, he said: “This isn’t the answer that anybody’s going to want, but I think I was so able to go back [for the reunion] and enjoy it because it’s not a part of my day-to-day life anymore”.

“I’m getting to a point where I feel like I made it out of Potter OK and I’m really happy with where I am now, and to go back would be such a massive change to my life.

“I’m never going to say never, but the Star Wars guys had like 30, 40 years before they went back.”

Despite Rowling saying the “theatre was the perfect medium for this new story”, the magic of Hollywood works in mysterious ways.

Harry Potter and the Cursed Child is playing at the Princess Theatre in Melbourne. Tickets are on sale through to October 2022 via Ticketek. 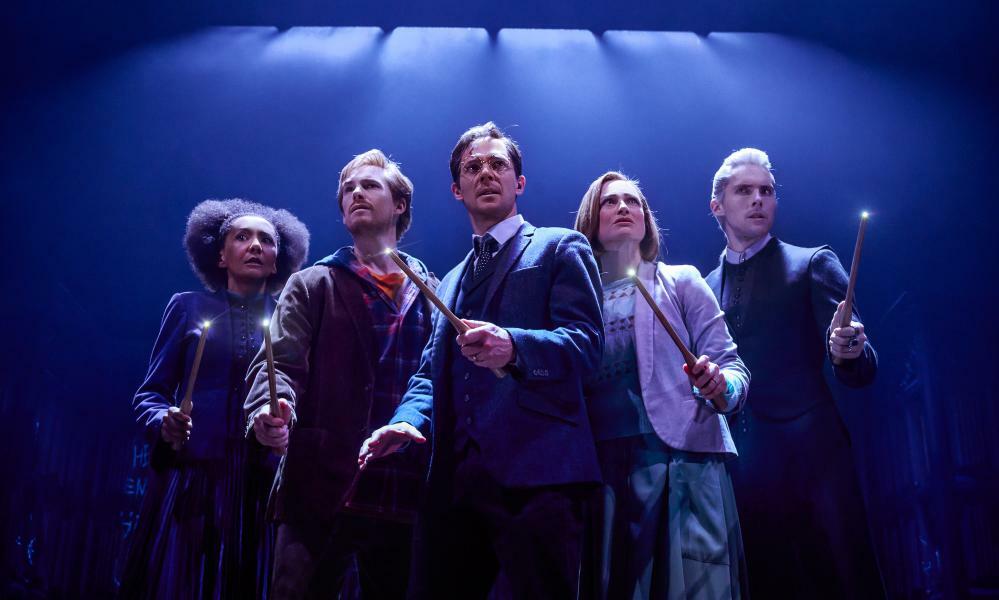 Harry Potter and the Cursed Child: is the shorter, one-part play better?
A three-and-a-half-hour version of the show has opened in Australia and the US. While a lot has been cut, there…

Everybody knows the Golden Trio - Harry, Ron and Hermione - but there are some really famous faces that get…

Tom Felton, who played Draco Malfoy in the Harry Potter films, was once asked if he was Hollywood heartthrob Ryan…