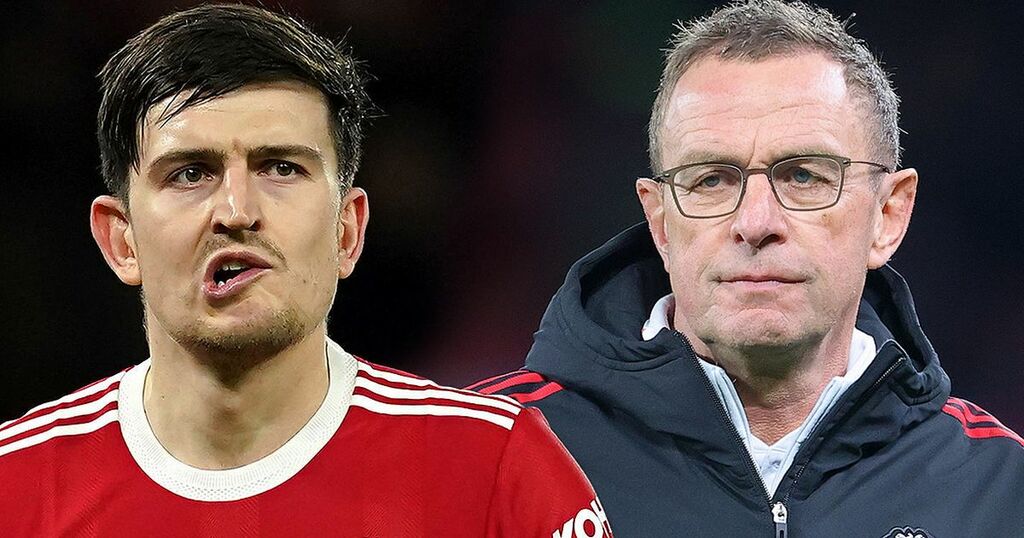 Harry Maguire has admitted that Manchester United’s players must take the blame for the crisis that has engulfed Old Trafford - not beleaguered boss Ralf Rangnick.

The United captain has come out fighting after a week which saw the Reds beaten at home by Wolves and a catalogue of stories claiming the dressing room is split over the ability of interim manager Rangnick to halt the slide.

Maguire has admitted that there are some unhappy players at the club - but urged them to earn their wages.

And the £80million defender insists that Rangnick can still guide United to a top-four Premier League finish and a trophy this season.

Have Your Say! Will Man United finish in the top four this season? Tell us in the comments.

Maguire said: “He (Rangnick) has made an impact - we win together and lose together. The manager is there to set us up tactically, which we absolutely take on board. His detail and preparation is enormous. We’ve got full respect and trust in his methods.

“Yes, it’s difficult when the coaching team changes mid-season, like it does at loads of clubs. But I will say it again: it’s down to us as players. The quality and leaders are in the team to ensure we finish the season in the top four and with a trophy.”

Rangnick was brought in to take charge of the team until the end of the season following the sacking of Ole Gunnar Solskjaer in November.

But his methods require high physical intensity - and have left several players looking for a way out.

United are seventh in the Premier League and face an FA Cup clash with Aston Villa that could define their season.

But Maguire insists that Rangnick is not the problem by issuing a passionate defence of the German and his backroom staff.

He said: “We listen to him (Rangnick) and his staff and it’s then up to us once the game starts. Every club has issues, not just us - and some of their issues are bigger than ours. It does come with the territory at United, but we’ve got a big squad.

“Of course, not all the players will always be happy if they are not playing - but that’s football and we all have to remain professional.”