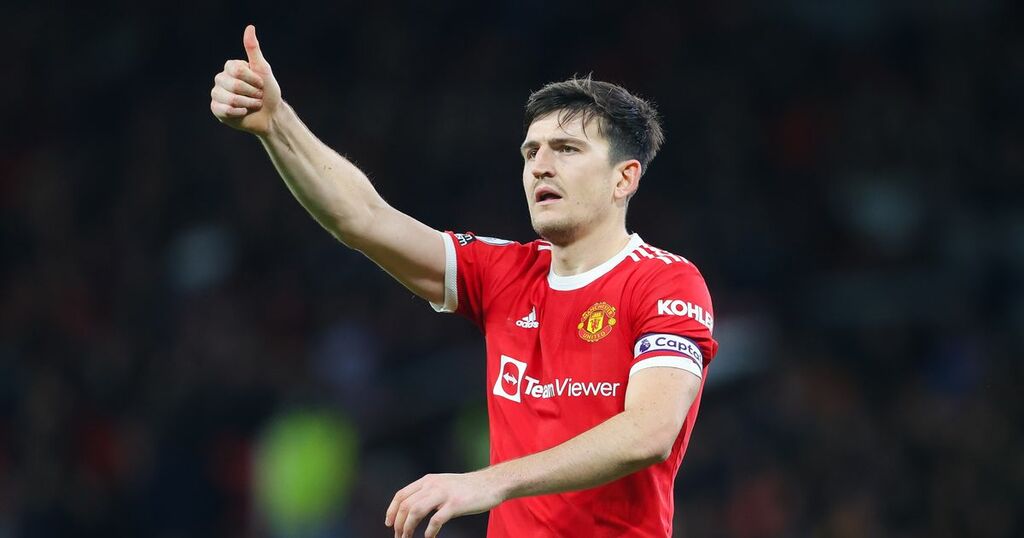 While results may have improved under Ralf Rangnick in his first six games as interim manager, performances certainly haven't and this has left some fans concerned for the rest of the season.

There could be multiple reasons for this. The most obvious reason is that it's only been six games and Rangnick's style of play is vastly different from Ole Gunnar Solskjaer's before him, whose own interim period may also be to blame for the fans high expectations.

But some United fans have pointed to a severe lack of leadership in the dressing room as one of the significant issues. This has only been validated by reports that the dressing room is in disarray, having problems with the new coaching staff and each other.

If there is a leadership problem, then fingers are instantly pointed at the captain. In United's case, that is Harry Maguire, who Solskjaer gave the role during his first season at the club, as the manager believed he was the best option.

Maguire has had a rocky time at United, both being hailed and demonised by the fanbase. Still, his current standing is a long way from the player whose absence from both the backline and the captain's position was why United lost the Europa League final against Villareal.

As expected, comparisons have been drawn between Maguire and former United captain Roy Keane and how the defender could not hold a candle to the midfielder who marshalled the dressing room with an iron fist.

But while Keane's CV is impressive, and so is United's under his leadership on the pitch, people are missing or ignoring two rather crucial pieces of information.

Keane wasn't a great teammate. Eventually, his actions got him in trouble with Sir Alex Ferguson and ultimately led to his sale to Celtic after he openly criticised his teammates in the media.

And secondly, Keane was just the poster boy of a great core of leadership at the club which included the likes of Gary Neville, Rio Ferdinand, David Beckham, Ryan Giggs, and Peter Schmeichel.

United targeted profiles which allowed them to build a group of leaders who could all step up and take the mantle if needed, and that is why when Keane left, the club didn't instantly fall apart.

The best example of this currently is Manchester City, whose leadership group includes the likes of Ruben Dias, Fernandinho and Ilkay Gundogan.

So maybe the difference is that Maguire should do better in his role as club captain. Still, others should step up and show their seniority and step up to work alongside the defender. Only when the whole team is working towards improving results and taking responsibility can United hope to solve the problems plaguing them.

And maybe then, if United still are having problems, there will be other candidates to replace Maguire as captain.

Do you think Harry Maguire should remain Manchester United captain? Follow our United On My Mind writer Casey Evans on Twitter and get involved in the discussion in the comment section below.