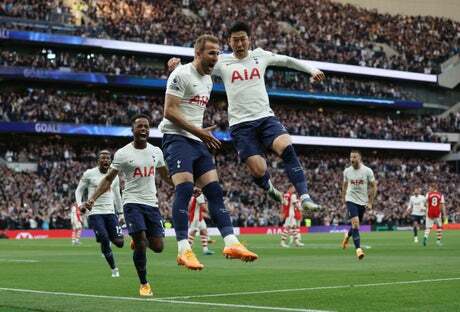 Harry Kane opened the scoring for Spurs from the spot-kick after Cedric fouled Son Heung-min and the England star, who…

Chelsea finish what has been a difficult season with a home game against already-relegated Watford on Sunday.

Tottenham Hotspur striker Harry Kane has explained that the Spurs players knew they had to 'deliver' against Arsenal after hearing the atmosphere created by the home crowd on Thursday night.

Victory for Arsenal would've meant that the Gunners secured Champions League qualification at Tottenham's ground. Thus, it was a must-win game for Spurs, but the Lilywhites delivered under the highest pressure. Two first-half goals for England's captain meant that Antonio Conte's side went into the half-time break in cruise control. They were helped by the fact that Gunners centre-back Rob Holding was sent off in the 33rd minute for a second yellow card offence.

Son Heung-min wrapped things up almost immediately after the restart as Spurs eased to three points. Victory means that they now trail their arch-rivals by just one point with two games to go in the race for the top four. However, as Tottenham's remaining games against Burnley (Home) and already relegated Norwich (Away) are that little bit easier than Arsenal's - who have to travel to Newcastle on Monday night before hosting relegation battling Everton on the final day - there's a real belief amongst fans that they can sneak a Champions League space.

Speaking to Sky Sports after the game, as cited by BBC Sport, Kane - who was voted Player of the Match by his fans - confirmed that it was an important win: "I'm proud of the boys. If they won, they would have secured the Champions League, so there was pressure on us in front of our home fans, but we delivered well. We started on the front foot, created the chances and controlled it in the second half. Whenever you win a derby, it's always nice. Two more games to go. We need to focus on them now, but it was a special night here."

But Kane continued by explaining that the atmosphere was extraordinary and because the players felt how much a win meant to the fans, they simply had to perform: "I think so [it being the best atmosphere at that stadium]. You could feel the anticipation building up to the game, and we knew we had to deliver.

"We still have two games to go, and we have put the pressure on them. We have to focus on ourselves. We play early on Sunday, so we need to get a result and see what happens. We can only control our games. We did our job tonight. We won't get ahead of ourselves. Tonight was special, but our ultimate goal is to get fourth place, and we still have work to do."

Harry Kane opened the scoring for Spurs from the spot-kick after Cedric fouled Son Heung-min and the England star, who…