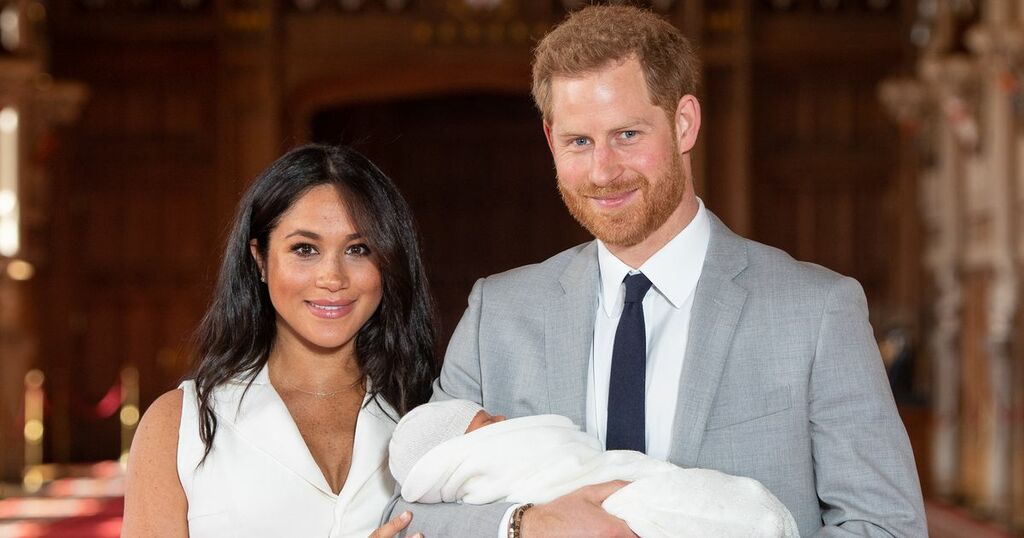 The date of Lillibet’s christening has yet to be confirmed by the Royal Family but speculation suggests her parents are pushing for a regal affair.

The couple, who have been very vocal in the media from their Californian mansion lately, have kept Lillibet away from prying eyes and guarded her privacy jealously.

Now there is talk - as she is already older than her brother Archie was when he was christened – that they are pushing for a ceremony in the private chapel at Windsor Castle.

To some, the Duke and Duchess of Sussex’s sense of entitlement might seem breathtaking.

They seem to be blissfully unaware of the mayhem their behaviour has caused the Queen, the monarchy and the Royal Family, according to a Mirror Online report.

After all, their relationship with the family since they stepped down as working royals, and their willingness to blurt out damaging claims on TV, has left its deep scars.

Some think the broken relationship between once-close brothers William and Harry is irreparable.

That said, Harry, Meghan and their team of advisers across in the US seem oblivious to the damage they’ve caused – not least claiming the Firm is harbouring a racist and doesn’t care about mental health.

His claims that his relationship with the Queen is hunky-dory may be wide of the mark. After all, her comment that “recollections may vary” certainly hit the spot, and a raw nerve as far as the Sussexes were concerned.

Through all this Harry – perhaps wearing rose-tinted glasses or not wishing to acknowledge the harsh reality – seeking permission from her.

Really? He seems to have got the wrong end of the stick.

After all, Her Majesty put him firmly in his place over ‘recollections’ of him the first of his tell-all memoirs next year to use her nickname for his daughter.

Harry and Meghan’s decision to name their second child Lilibet was seen as an attempt by the couple to try to heal the royal rift.

But the couple’s suggestion, widely reported in the media, that the Queen gave her blessing for the name appears to have only deepened divisions with some at the palace.

BBC royal correspondent Jonny Dymond reported that the Queen had not been consulted about the name. Not quoting the source directly, Dymond said on BBC Radio 4’s Today programme that it has been made very clear to him that the Sussexes had not asked permission to use the name and that none had been granted.

His source, he said, was “adamant” that the name had not been run past the Queen.

Buckingham Palace stayed silent, but the advice and buzz was clear: they backed the BBC’s version.

Harry and Meghan’s legal threats to papers were ignored and binned.

The Duke of Sussex, for all his posturing, seems oblivious too to the disquiet caused by revelations that he plans to publish was on his death bed – thus clashing with his grandmother’s Platinum Jubilee.

He and his American wife seem oddly insensible to the disquiet their television tell-alls had at the time the family patriarch, Prince Philip, her parents may just decide to host the christening in America.

Far from taking it in her stride, the Queen - who of course loves her grandson and his children - has taken swift action to ‘lawyer-up’ ahead of publication of Harry’s book, for which he is being paid a fist full of dollars.

One must remember too as great-grandmother she is under no real obligation to attend any planned baptism for Lili, even if she gives it the nod to take place in Windsor.

According to reports the couple have put in a formal request to visit the Queen to introduce her to her 11th great-grandchild.

During the same UK visit, it is supposed, the ceremony will take place.

But it should be noted that the Queen and Prince Philip, Archie’s great-grandparents, were not in attendance at his christening due to a scheduling conflict.

They did not attend Prince Louis’s christening either and so they were not in the photographic portraits.

Her Majesty, however, did attend the christening of her granddaughter Zara Phillip’s daughter Lena Tindall in March 2019.

Little Lilibet, innocent to all this noise, who was named after her great-grandmother’s pet name and after Harry’s mother Diana, was born in a hospital in Santa Barbara, California in June.

Unless they can secure a date soon, her parents may just decide to host the christening in America instead.

If they do, well-placed royal sources say members of the Firm, including the boss, Her Majesty, will breathe “a sigh of relief”.