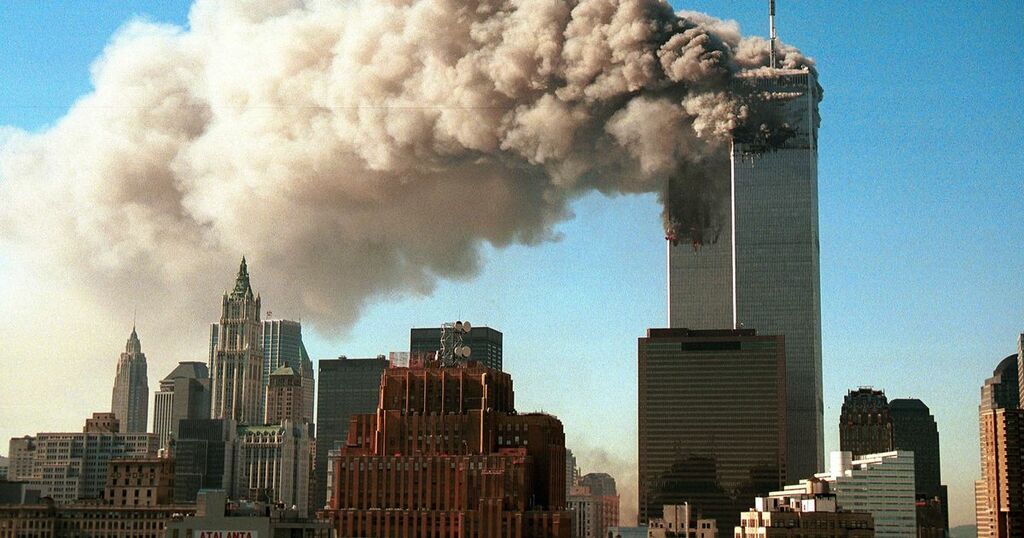 A harrowing 9/11 image of a man falling to his death from the North Tower continues to haunt the world 20 years after the tragedy.

Captured mid-air as he plunged thousands of feet, the person became known as The Falling Man.

However, 20 years on from the terror attack, he has never been identified.

Our sister title The Mirror report how the picture - although millions still refuse to view it - will always remain one of the defining images of the 21st century.

At the time, the picture was deemed too upsetting for newspapers to publish.

The final moments of the man became a shocking and heartbreaking symbol of the plight of those trapped in the burning buildings.

Around 200 people are known to have taken the horrendous decision to jump rather than die in the thickening flames.

Attempts have been made to formally identify the falling man but none have proved successful.

Grieving relatives suggest he is Jonathan Briley, a sound engineer who worked in the Tower.

It has also been claimed the man's name was Norberto Hernandez, a worker from Queens.

The photo of the mystery man was taken by photographer Richard Drew.

"I didn't take the picture. The camera took the picture of the falling man," he told CBS ahead of the 20 year anniversary this weekend.

"And when these people were falling, I would then put my finger on the trigger of the camera and I'd hold the camera up, and I'd photograph and follow them going down, and then the camera would open and close and take the pictures as they were going down.

"I have, I think, eight or nine frames of this gentleman falling, and the camera just happened to cycle in that time when he was completely vertical.

"I didn't see that picture really until I got back to the office and then started looking at my stuff on my laptop. I didn't see it."

He had been covering a show at New York Fashion Week when the first plane hit the North Tower at 8.46am.

The Falling Man caused a furore and it was quickly pulled from newspaper and TV coverage for fear of upsetting relatives.

No one will ever be certain who The Falling Man is, but the relatives of Jonathan Briley believe it’s him.

The 43-year-old worked at the ­Windows of the World restaurant at the top of the North Tower and wore a uniform of black trousers and white shirt. Often he wore his favourite old orange T-shirt beneath his uniform.