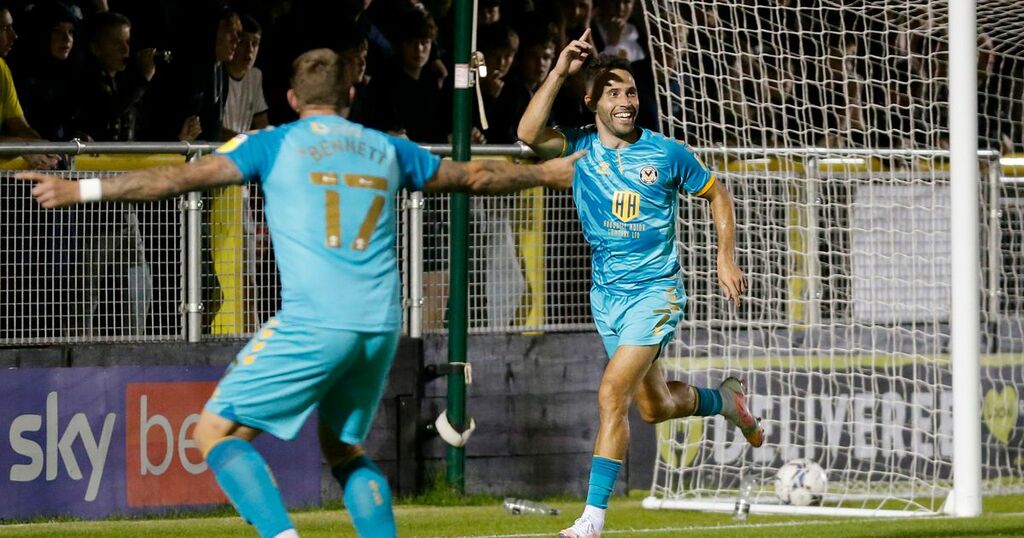 All the goals came in the first half, with Mike Flynn’s Exiles twice taking the lead through Scot Bennett and Robbie Willmott before the hosts fought back.

Given unbeaten Harrogate’s fine form at the start of the campaign and Newport’s struggles, a point from yet another long away trip would have pleased County manager Flynn no end.

He will hope this result can kick-start their season with Northampton next up at Rodney Parade on Tuesday evening.

Flynn made one change from the 2-2 draw with Leyton Orient with defender Priestley Farquharson coming into the side in place of striker Timmy Abraham.

County made the perfect start.

Willmott put in a poor corner, but that didn’t stop Bennett from making it into a brilliant set-piece with a low, left-foot finish which found the back of the net.

Flynn would have been delighted at such an early goal and he saw on-loan Swansea midfielder Ollie Cooper go close to a second with an outrageous overhead kick which went just wide.

Warren Burrell and Alex Pattison had Harrogate efforts and Joe Day was also forced into action in the Newport goal to preserve the away lead.

A Harrogate goal had been coming, though, and it arrived in the 33rd minute. Jack Muldoon was the scorer after Luke Armstrong flicked on as the home side went direct.

Remarkably, that only spurred County on to retake the lead. Cameron Norman put in a long throw, the ball was cleared back to him, and his cross was headed in by Willmott.

But Armstrong then finished well after another Day save as the two sides went to the break level.

Finn Azaz replaced Matty Dolan for Newport for the second half and had an effort on goal almost immediately.

Azaz’s introduction had seen County switch to a 4-5-1 formation to try and ensure greater defensive solidarity. In terms of their bid for a third goal, Bennett had one effort.

And in the 70th minute, Newport striker Alex Fisher tried his luck with an outrageous shot from 40 yards which required saving.

Both sides huffed and puffed in search of a winner and Newport looked to use their tactic of long throws to try and steal all three points.

But while it was not to be, a draw was still a good result for County who held out well defensively and wound the clock down with two late substitutions late on.