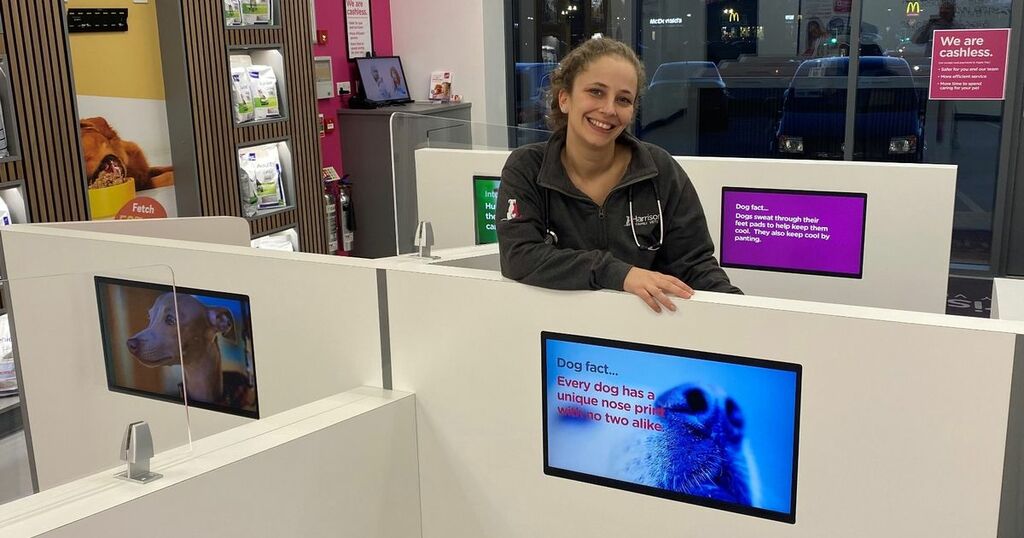 A family-owned veterinary group that launched in the UK last year has expanded into the West Midlands.

Independent firm Harrison Family Vets has invested £330,000 to open a new practice in Kingswinford this week which has initially created six jobs in the Black Country town.

It also has no reception desk and pods in its waiting area aimed at creating a more welcoming environment.

The pods are all spaced at least two metres apart, giving clients their own space and shielding the animals from the stresses of facing other pets in a traditional waiting room environment.

The practice also has separate wards for dogs and cats which it says have been designed with mood lighting, aromas and music to create a calming atmosphere.

It is being led by Rosie Levene-Barry who has more than 15 years of experience in the industry and who once appeared in an ITV documentary about her corrective surgery on a litter of Labradors that were born with cleft palates.

Harrison Family Vets launched its first practice near Reading last summer and is planning to add a third site to its portfolio in the North West later this year and open 50 by the end of this decade.

He said: "We're striving to push the boundaries of pet care, customer service and employee wellbeing, in an environment that is a long way from a traditional veterinary practice.

"This area is densely populated and full of pet lovers and every other local practice is owned by a large corporate company which made it the ideal location for our second practice.

"We've already been inundated with enquiries and we're looking forward to meeting many more pet owners and their furry friends over the coming weeks and months."