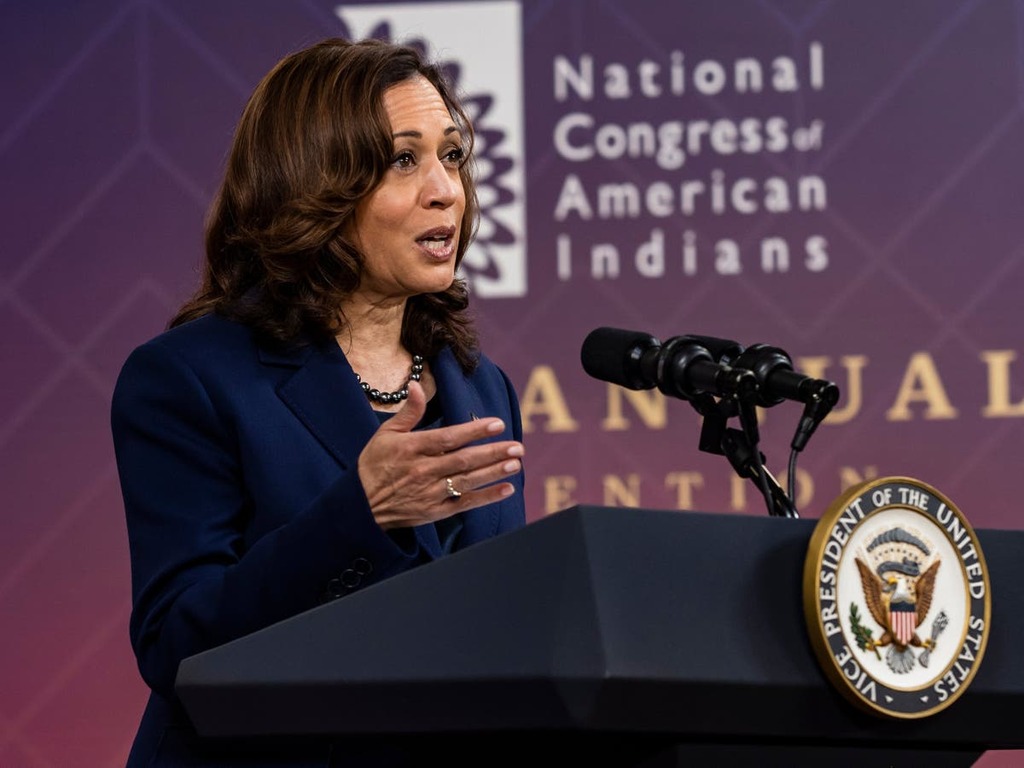 Kamala Harris has called on Americans of all backgrounds to confront the history of European colonisers who attacked tribal people upon discovering the Americas.

Talking in front of the National Congress of American Indians on Tuesday, the US vice president said that the story of European colonisers arriving in the New World in the late 15th Century “was not the whole story” about America’s founding.

She argued that “that has never been the whole story”, in an acknowledgement of the destruction and violence brought about by figures including Christopher Columbus.

“We must not shy away from this shameful past, and we must shed light on it and do everything we can to address the impact of the past on native communities today,” she said.

Her remarks came a day after Christopher Columbus Day was marked across the US, more than 500 years after Columbus arrived on the island of Hispaniola and was credited with discovering the New World.

In recent years, the annual holiday has been referred to as Indigenous Peoples’ Day, with campaigners calling for Columbus Day to be scrapped because of his connections to colonialism.

Progressive Democrats including Alexandria Ocasio-Cortez were among the high profile figures to celebrate Indigenous Peoples’ Day this year.

Columbus has historically been accused of enslaving a thousand Indigenous people on Hispaniola and of torturing many more, as well as allowing the transatlantic slave trade to begin, and of the devastation of Indigenous nations.

Ms Harris’s remarks came in the wake of President Joe Biden announcing last week that he would restore tribal monuments with protected status, and which were cut by his predecessor, Donald Trump.

She added on Tuesday that Mr Biden would also renegotiate a memo of understanding about federal funding for job training on tribal lands with tribal nations.

The National Congress of American Indians is the largest US organisation for native people.