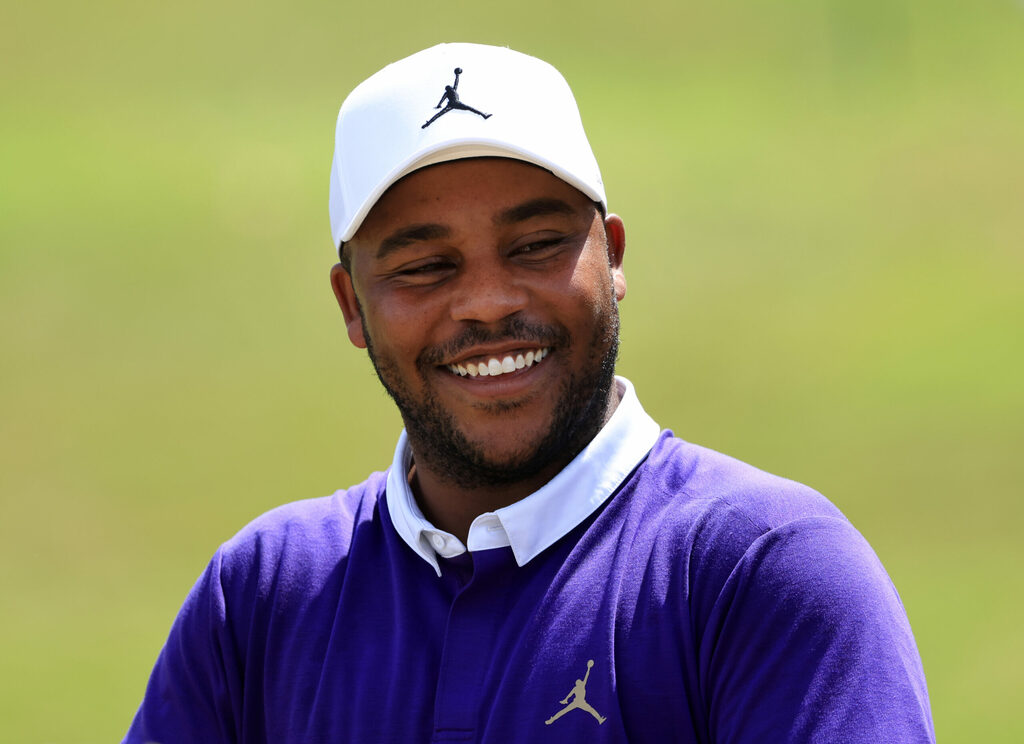 Harold Varner III didn’t do much to practice being a new father.

At last week’s Sanderson Farms Championship he admitted to not reading one baby book and laughed at the idea of practicing how to change a diaper on a baby doll.

“No,” he said after the second round at Country Club of Jackson in Mississippi. “Hell, no. Who practices that?”

Varner said he was excited at the chance to become a father and provide for his family and on Sunday morning he took to Twitter to announce that his wife, Amanda, had given birth to their first child, Liam, aka HV4.

Liam made it. HV4 #HeHere

The 31-year-old has been riding an impressive run of form over the last three months, earning six top-20 finishes over his last eight starts, including a T-16 (Fortinet Championship) and T-11 (Sanderson Farms Championship) to start the new PGA Tour season. Despite the new member of the family, Varner previously said he still planned to play next week at the CJ Cup at The Summit Club in Las Vegas and then at the Zozo Championship, Oct. 21-24, at Accordia Golf Narashino Country Club in Japan.

“I’m not taking any time off. That kid’s got to eat. That formula isn’t cheap,” said Varner at the Sanderson. “But at the end of the day that kid’s not cheap and I still love playing golf and my wife’s not working. So it’s this thing called being a father, provide, you figure it out. And I’m super excited about it.”