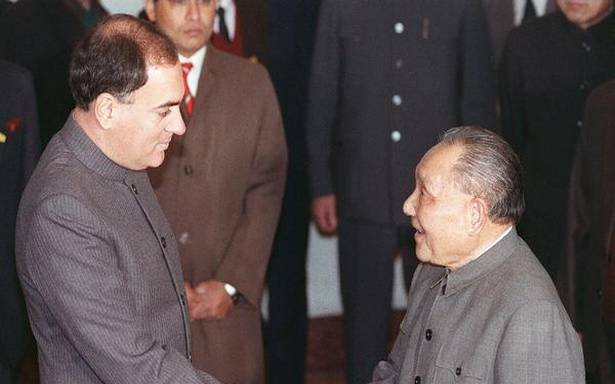 Fifteen months after the clashes between Chinese and Indian soldiers in the Galwan Valley, India-China relations are at their lowest ebb in living memory.

To be sure, there have always been political tensions even before, both over each country’s territorial claims over land controlled by the other, and over such long-term problems as China’s “all-weather” alliance with our hostile separated sibling, Pakistan, and our hospitality to the Dalai Lama, who was granted refuge when he fled Tibet in 1959. But neither country had allowed these tensions to overwhelm them: China had declared that the border dispute could be left to “future generations” to resolve, and India had endorsed the “One China” policy, refusing to support Tibetan secessionism while limiting official reverence for the Dalai Lama to his status as a spiritual leader.

Why less may be more for India and China

The line is no provocation

India has usually shown no desire to rock the boat. Its actions and statements have usually been designed not to provoke our northern neighbour, but to relegate the border problem to the back burner while enabling trade relations with China (now worth close to $100 billion) to flourish. India made it clear that it was unwilling to join in any United States-led “containment” of China; its traditional obsession with preserving its “strategic autonomy” after two centuries of colonial rule made it wary of the blandishments of the West.

Ironically, before Galwan, 2020 was supposed to be a landmark year for the two countries’ bilateral relations. In October 2019 in Mahabalipuram, at their 18th meeting in nine years, Chinese President Xi Jinping and Indian Prime Minister Narendra Modi had grandly pledged to take relations between their two countries to “greater heights”. To mark the 70th anniversary of formal diplomatic relations between the two countries, they announced they would conduct 70 joint activities, including further improving their burgeoning trade, supporting scholarly research into their ancient civilizational links, and even exchanging military delegations, in a grand show of Sino-Indian cooperation.

There is much connect

This wasn’t just fluff. The two countries had indeed developed multiple avenues of engagement. From negligible levels till 1991, trade with China had grown to become one of India’s largest trading relationships. Prime Minister Modi, an early enthusiast, had lifted residual restrictions on bilateral Chinese investment in strategic sectors of the Indian economy (notably ports, airports, power generation and telecoms technology), so that by 2020, Chinese investment (current and planned) stood at about $26 billion with infrastructure projects accounting for about half the total. India engages with China diplomatically in the BRICS (an association of Brazil, Russia, India, China, and South Africa), as well as conducting annual summits of RIC (Russia-India-China). India is an enthusiastic partner in the Chinese-led Asian Infrastructure Investment Bank and the New Development Bank (NDB), formerly referred to as the BRICS Development Bank.

But it has become increasingly apparent that the policy of side-stepping contentious issues and encouraging bilateral economic relations has played into Chinese hands. The People’s Liberation Army has used the seemingly benign situation to repeatedly undertake “minor” military incursions, inflict small-scale military setbacks on India, take a few square kilometres of territory along the Line of Actual Control (LAC) for local tactical purposes, and then declare peace. Mutual disengagements are duly announced, both sides claim the crisis is over, but China establishes and fortifies its new deployment. These mini-crises always end with the Chinese in a better position on the ground than before. Each incident establishes a new “normal” on the LAC.

In the Galwan clash, the Chinese troops seem to have been engaged in a tactical move to advance their positions along areas of the LAC that it covets, in order to threaten Indian positions and interdict patrols. After the recent incursions, the Chinese now reportedly control over 900 square kilometres of area in Ladakh along the LAC. They are threatening India’s construction of roads, bridges and similar infrastructure on undisputed Indian territory, a belated effort to mirror similar Chinese efforts near the LAC in Tibet. Rather than merely patrolling, they have established a fixed presence in these areas well beyond China’s own ‘Claim Line’, occupied the “Finger Heights” near Pangong Tso Lake, pitched hundreds of tents, constructed concrete structures and built additional kilometres of road along the LAC. The objective seems to be to extend Chinese troop presence to the intersection of the Galwan river and the Shyok river, which would make the Galwan Valley off bounds to India. The Chinese have constructed permanent structures in the area of their intrusion and issued statements claiming that sovereignty over the Galwan valley has “always belonged” to China.

Explained | The disengagement plan between India and China along the LAC

China’s strategy seems to be to consolidate the LAC where it wants it, so that an eventual border settlement — that takes these new realities into account — will be in its favour. That is the longer-term plan: Beijing keeps saying the border should be left to future generations to settle, knowing full well that each passing year increases China’s relative economic, military and geopolitical strength vis-à-vis India, while shifting the LAC in its favour. In the meantime, border incidents keep the Indians off balance and demonstrate to the world that India is not capable of challenging China, let alone offering security to other nations. Whereas Deng Xiaoping had told then-Indian Prime Minister Rajiv Gandhi in 1988 (picture) that the 21st century would be “India and China’s century”, the current Chinese leadership has no patience for such pablum. They believe — indeed believe they know — that it is destined to be China’s century alone, and are all too happy to show India its subsidiary place in the pecking order.

India’s tactical options are unenviable: it has reinforced its military assets on the LAC to prevent deeper incursions for now, and hopes to press the Chinese to restore the status quo ante through either diplomatic or military means. Chinese and Indian officials are currently engaged in diplomatic and military-to-military dialogue to ease tensions, but de-escalation has been stalled for months, with China behaving as if their disengagement is already complete.

India has responded with largely symbolic acts of economic retaliation, banning Chinese apps in India on grounds of data security. It is likely that Chinese companies will be barred from various lucrative opportunities in the vast Indian market, as two of them, Huawei and ZTE, have been from the ongoing trials to be picked to build India’s 5G telecoms infrastructure. India has also reimposed tighter limits on Chinese investment in projects such as railways, motorways, public-sector construction projects, and telecoms, a reversal of the openness to China that the Modi administration had initially shown.

Yet, India is far too dependent on China for other vital imports — such as pharmaceuticals, and even the active ingredients to make them, automotive parts and microchips, all needed by Indian manufacturers — that many in New Delhi fear it would be shooting itself in the foot if it acted too strongly against China. Today, India’s dependence on China for its non-consumption economy remains high; what is more, imports from China have become indispensable for India’s exports to the rest of the world. Various manufacturing inputs, industrial equipment and components, and even some technological know-how come from China; eliminating them could have a seriously negative effect on India’s economic growth at a time when, thanks mainly to the COVID-19 crisis, our GDP is estimated to have shrunk dramatically. And there are limits to the effectiveness of any Indian retaliation: trade with China may seem substantial from an Indian perspective, but it only represents 3% of China’s exports. Drastically reducing it would not be enough to deter Beijing or cause it to change its behaviour.

This range of considerations seems to leave only two strategic options for New Delhi: reconciling itself to playing second fiddle to an assertive China in the region, or seeking strength and leverage by aligning itself with a broader international coalition against Chinese ambitions. Since the first is indigestible for any democracy, is China de facto pushing India into doing something it has always resisted — allying with the West?

Shashi Tharoor is a third-term Member of Parliament representing Thiruvananthapuram and an award-winning author of 22 books, including most recently, The Battle of Belonging