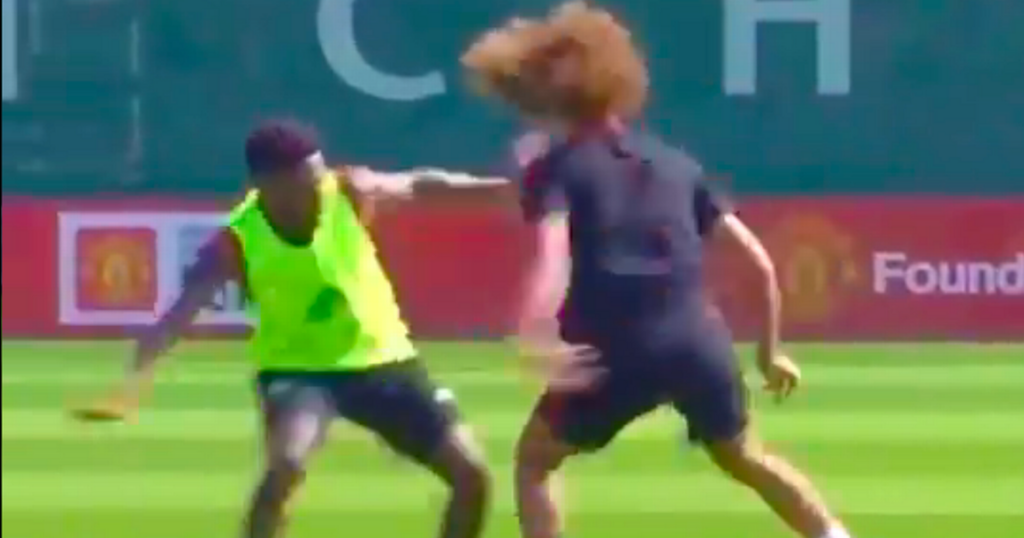 Hannibal Mejbri is still "taking the p***" out of players, as one Manchester United coach put it, with Fred being his latest victim.

The 18-year-old has a reputation for dazzling skills and twinkling toes - somewhat reminiscent of a certain player back in his teenage days.

Cristiano Ronaldo has returned to Old Trafford 12 years, signing from Juventus in the summer in a sensational transfer, after departing for Real Madrid and he took part in his first training session on Tuesday.

Fans have been desperate to see some action from the 36-year-old but it was Hannibal who looked in terrific form as his skills shone through.

The teenager, a product of the famous Clairefontaine academy, has been tipped for stardom but Ole Gunnar Solskjaer has tempered his usage of the Frenchman so far.

But after witnessing the way in which he humiliated Fred, he might rethink his stance.

In one clip, Hannibal received the ball before some dancing feet left his Brazilian team-mate dizzy before the ball was knocked back to Donny van de Beek.

The Dutchman sought out the youngster, who lost Fred before leaving him on the floor as he finished the move with a goal.

It recalls one United coach, who said that such an incident is a regular thing occurrence at the club's Carrington training complex.

“He actually takes the "p***" sometimes against players a couple of years older than him," a club source told The Athletic. "He’ll feint to strike then drag it and shoot the other way.”

Will Hannibal be a success at United? Comment below

Hannibal made his debut for the first-team last season after coming on for Juan Mata in the final match of the season against Wolves.

Whether the Tunisia international has more success this campaign remains to be seen with so many options at Solskjaer's disposal.

Nicky Butt, before leaving his post as United's head of development, was a huge advocate of the wonderkid, who has been compared to Paul Pogba for his flair.

"Hannibal is different to Paul when Paul was a youth team player," Butt told The Manchester Evening News. "He’s not as powerful as Paul, he isn’t as dominant as him.

"He’s a different kind of player to Paul but we all know about the talent he’s got. It’s been written out there in the press many times with the signing and the fee.

"He’s not got anything on him just yet, he needs to build up his size and build up his physicality. Talent-wise, he’s got such an immense talent to go on and play at a high level but there’s a long way to go yet."