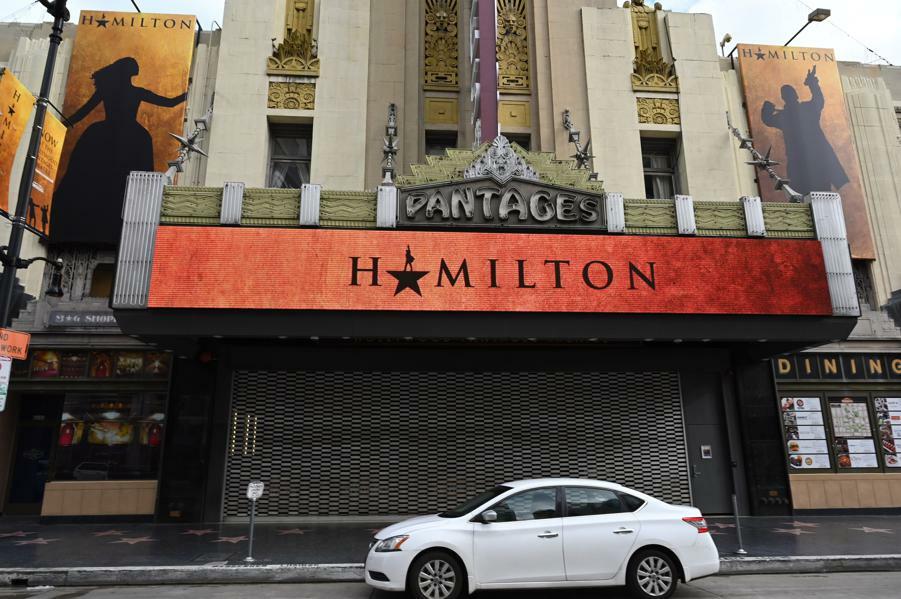 A transgender ex-cast member of Hamilton alleged “frequent incidents of discrimination and harassment” against them by management and other performers at the hit musical, filing a complaint Wednesday with the Equal Employment Opportunity Commission claiming they were terminated from the show over their request for a gender-neutral dressing room.

Nonbinary actor Suni Reid, who performed in Hamilton on Broadway and in other productions of the show starting in 2017, alleged Hamilton’s national tour “refused to renew” Reid’s contract in September after they asked for a gender-neutral dressing room when the show played in Los Angeles, which was in line with California law.

Reid alleged management also “failed to act” when the actor was “physically threatened or intentionally and repeatedly misgendered” by a small group of other performers, and that members of the production team “reacted with hostility and in an adversarial manner” when Reid complained about being mistreated.

Reid claimed they were harassed while in Hamilton on Broadway and in its Chicago production before the discrimination they allegedly faced in Los Angeles, claiming Reid asked to be transferred to Chicago because they had “difficulty feeling safe staying with the Broadway company” after repeated instances of alleged bullying and harassment.

The complaint was filed with the EEOC in Los Angeles against Hamilton, the specific national touring company Reid was dropped from and the business that handles Hamilton’s contractual negotiations, and accuses the production of violating the Civil Rights Act of 1964 and employment and anti-discrimination laws in California and New York.

A Hamilton spokesperson disputed Reid’s complaints, saying the performer was offered a contract “with terms responsive to their requests” and the production has “not discriminated or retaliated against Suni.”

“Although Hamilton has gone to great lengths to promote the Company as progressive and supportive of racial equity and LGBTQ allyship, these public displays do not extend backstage to how the company addresses the legitimate, legally protected concerns of its employee cast members,” the complaint, drafted by Reid’s attorneys at the firm Wigdor LLP, alleged.

Reid’s treatment was part of a broader culture of discrimination at Hamilton, they claimed, and the complaint details the experiences of two other performers who were also allegedly mistreated due to their race or sexual orientation. One of those performers, Daniel James Belnavis, previously spoke out about his experiences with the show in March, accusing the show of “a culture of institutionalized racism” and of “erasure and invalidation” that was allegedly perpetuated by the production’s white leadership. “Hamilton is, without question, a Boys’ Club rooted in toxic masculinity and heteronormativity,” Belnavis wrote in a Medium post quoted in Reid’s complaint. The complaint also accused management of making comments that showed “racial insensitivity,” with an attorney for the show allegedly once telling the cast, “This is not a plantation, if you want to leave, you can leave.”

“Since the shutdown, our organization has taken care of our community. We have treated Suni with the same respect and consideration as all the company members of Hamilton,” a spokesperson for the show said in a statement to Deadline, noting the production had “given Suni direct financial support, paid for their health insurance, and paid for their housing” while the show was shut down due to the Covid-19 pandemic.

In an interview with the Los Angeles Times, Reid said they ultimately hoped their complaint would result in them being able to return to Hamilton and “some level of accountability and acknowledgement of harm done from the producers.” “I hope this is an opportunity for consumers of theater to dig deeper and be mindful of where their dollar is going,” they added.

Hamilton, the wildly successful bio-musical of founding father Alexander Hamilton, has been hailed in part for its racial diversity, as the hip hop musical features casts that are predominantly made up of performers of color. Reid’s complaint comes amid a broader moment of reckoning in the theater community regarding how workers are treated or discriminated against. Performers, creators and workers of color have pushed the industry to confront its marginalization and lack of equity for non-white people, and powerful producer Scott Rudin stepped down in April amid allegations of abusing his employees. The Hamilton allegations also follow separate accusations of anti-transgender discrimination at the Broadway show Jagged Little Pill, which has faced several recent controversies over how higher-ups have treated its nonbinary characters and performers. Multiple leading cast members have left that show before it restarts its Broadway performances later in October as a result, with one citing the “harm Jagged has done to the trans and nonbinary community.”

A ‘Hamilton’ actor asked for a gender-neutral dressing room, and hasn’t performed since (Los Angeles Times)

The Unraveling of a Dream (Medium)