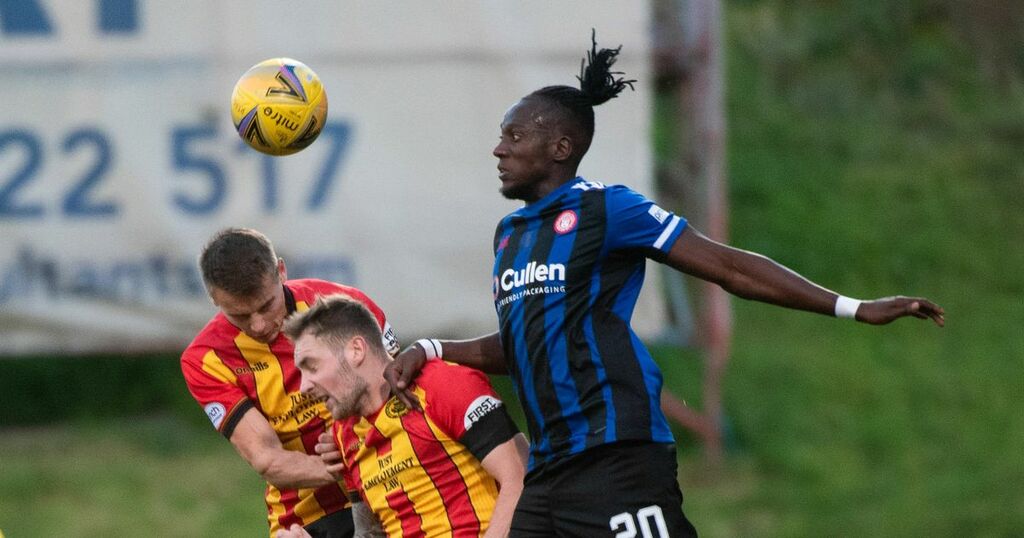 David Moyo says the Africa Cup of Nations is not on his mind right now with Hamilton looking to fight their way out of a difficult Championship spot.

The striker featured for Zimbabwe against South Africa and Ethiopia in World Cup 2022 qualifiers this month, and the nation will contest next year's major tournament in Cameroon.

Back at club level, Accies lost 1-0 to Partick Thistle on Saturday as Lewis Mayo's goal sealed a narrow Jags win. Hamilton are eighth in the Championship.

Head coach Stuart Taylor's men are one point off bottom and Moyo is aware form has to improve. It's why his international ambitions are being put to one side.

He said: "It was a good experience to be away again. It was a good trip. It's always nice playing for your country but I am happy to be back in my routine here.

"This is my bread and butter. This is the main thing for me. It's all about delivering for your club and right now we are falling short. We need to go up another gear and look at ourselves.

"My main focus has to be Hamilton at the moment as we need something to turn.

"I take responsibility as part of the team and I need to help myself and others do better."

Partick Thistle didn't have a shot on goal prior to Mayo's headed effort from a corner, Moyo himself missing a one-on-one chance in the first half. Hamilton have won once in seven games.

Moyo added: "It's disappointing when we don't take anything from these games.

"We work so hard but we let ourselves down and it comes down to fine margins. We have to try and take positives from it.

"We need to build on those next week. We have to hold ourselves accountable and make sure we don't give the other team a chance.

"If people pick up their men from set-pieces, we walk away with a point, minimum.

"Fine margins are massive in football so we need to work on those ahead of next week. We need to start picking up points.

"You are left frustrated as you're left thinking you could have done more. All we can do now is try and be better next time."