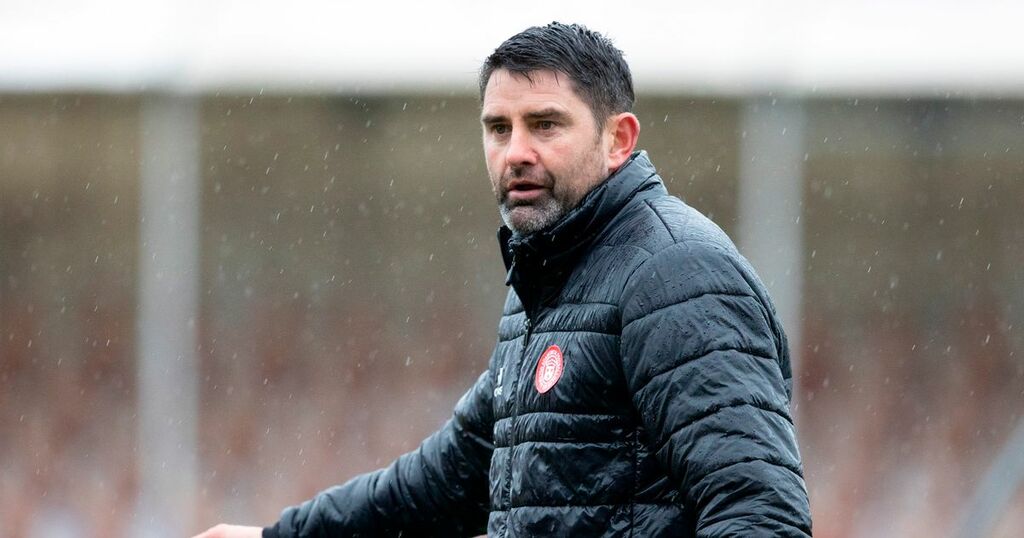 Hamilton head coach Stuart Taylor has joined his Kilmarnock and Partick Thistle counterparts in calling for the immediate lifting of fan restrictions in Scotland.

First minister Nicola Sturgeon announced earlier this week that the 500-capacity limit for major sporting events is set to be lifted from next Monday.

Premiership clubs moved their winter break forward a week to minimise the impact of this period but Championship clubs like Hamilton have played through it, along with the rest of the SPFL and lower leagues.

Accies have missed out on two big home matches against Kilmarnock and Partick Thistle as their away match at Dunfermline takes place in front of a restricted crowd - two days before Celtic v Hibs potentially hosts over 50,000.

Killie and Thistle bosses Derek McInnes and Ian McCall both support restriction lifting for their tussle at Firhill on Friday. Taylor is calling for them to be removed too.

He said: "The game is all about supporters and even more so at this level, it's all about finances coming in. We want football with supporters and it's disappointing there's been smaller crowds the last couple of weeks.

"You can walk into a restaurant in a closed environment, a bus, a plain, a train. But you can't go into an open-aired stadium to watch a game of football.

"I'm not a politician. It's doesn't take a scientist to realise the amount of money that can come into a football club through a home gate.

"We've lost two of the biggest gates we could get - Kilmarnock and Partick Thistle - because of the restrictions that have been put in place.

"That's huge for the finances of the club. That is what's really disappointing. I don't get how you can't sit in the open air environment but it is what it is."

Top flight clubs aren't to blame, but the Hamilton boss believes fans returning in time for the Premiership's comeback is timely.

He added: "The restrictions open on Monday now, conveniently. But we just need to get on with that. It is convenient. What do you say over and above that?

"Power talks on that side of things. Football is all about supporters but the Championship has been overlooked, I think.

"There are crowds who go to games at this level and clubs really need the money. You can get good gates coming into games.

"Clubs have gone through really difficult times financially and credit to every club, they are still on the go. Owners have dipped into their pockets massively."