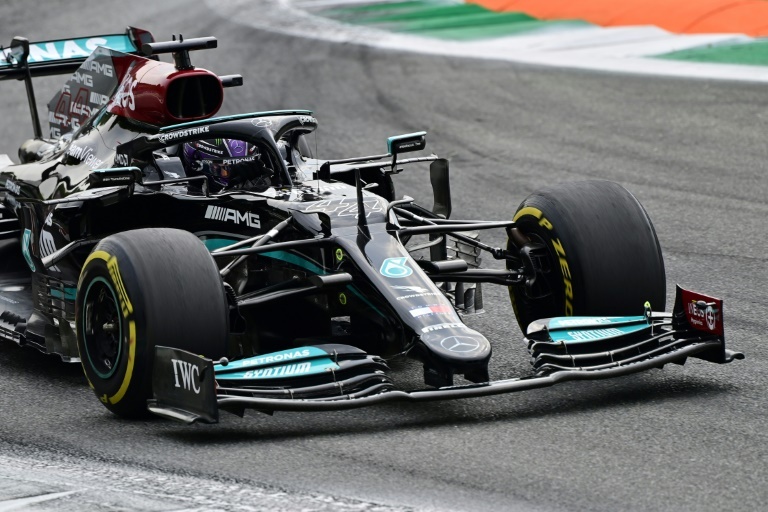 Monza (Italy) (AFP) - Lewis Hamilton was fastest in the opening practice round at the Italian Grand Prix on Friday, as the Briton again attempts to claim a century of Formula One wins.

Briton Hamilton finished with the top time at Monza of 1:20.926, 0.452sec ahead of Red Bull's championship leader Max Verstappen.

The seven-time world champion's Mercedes teammate Valtteri Bottas, who will move to Alfa Romeo next season, was 0.525sec back in third place.

Hamilton is three points behind Dutchman Verstappen in the drivers' standings having been stuck on 99 wins since winning the British GP at Silverstone in mid-July.

Charles Leclerc asked the Ferrari fans at Monza to create the same fervour as that which accompanied Verstappen's win at the Dutch GP last week, but the Scuderia's two drivers failed to trouble the top times.

Later on Friday (1600 GMT) will be the first qualifying session of the second GP weekend to run the sprint format.

The drivers' times will decide their positions for Saturday's sprint qualifying race, which in turn will then decide the grid for Sunday's Grand Prix.