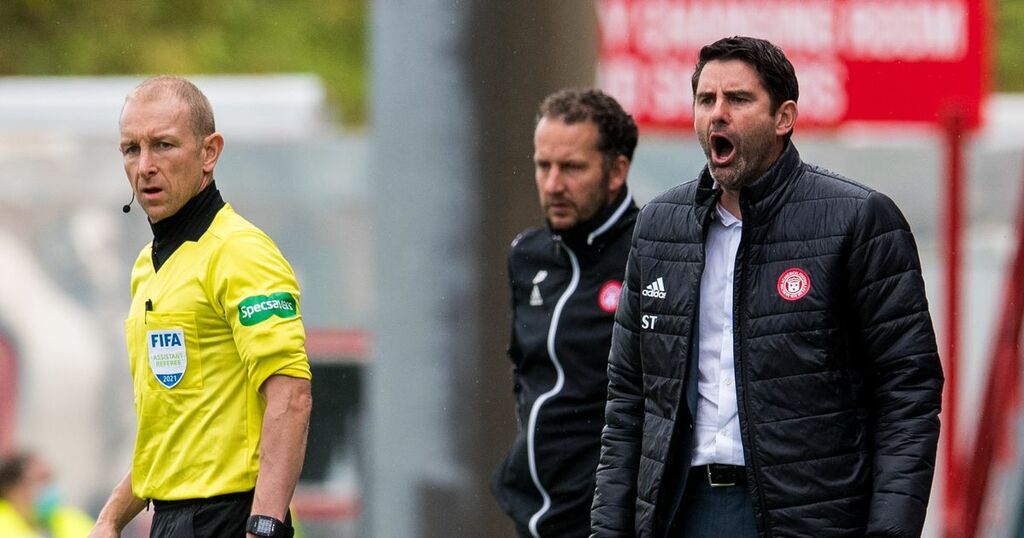 Stuart Taylor admits his side were simply beaten by a better team after Hamilton were humbled by Arbroath.

The Smokies were 3-0 up when Jamie Hamilton was shown a straight red card after a foul on Scott Stewart in 72 minutes.

Taylor refused to make excuses for the heavy defeat to the part-timers, which leaves Accies ninth in the Championship.

And he told Lanarkshire Live Sport : "I said last week this was going to be one of the most difficult games we'd come up against this season.

"Arbroath have started the season really well, they've got experienced players and it was always going to be difficult with the tighter pitch.

"First half there wasn't much in it. We hit the crossbar, we got in behind them a couple of times and we were comfortable.

"But we lost a late goal in the last couple of seconds of the first half.

"Arbroath are at their best when they have that one goal lead and we found it difficult to break them down.

"We kept going but it was disappointing from us in terms of how we responded.

"We need to better than that.

"They might be part-time, but there isn't much difference when it comes to training.

"They've got a very experienced side with good players and they've taken a lot of scalps this season and they'll continue to do that.

"I don't think part-time/full-time has any bearing on it.

"They were the better team on the day.

"They've beaten Dunfermline, Partick Thistle and gave St Johnstone a game this season, so they will keep picking up points and results."

On Hamilton's red card, Taylor added: "Their manager [Dick Campbell] said it wasn't a red, but we are not making any excuses whatsoever.

"I'm not going to magnify that situation because it's got no bearing on us winning or losing the game.

"We didn't deserve anything out the game, simple as that."

Accies will look to bounce back next week when they host mangerless Ayr at New Douglas Park.