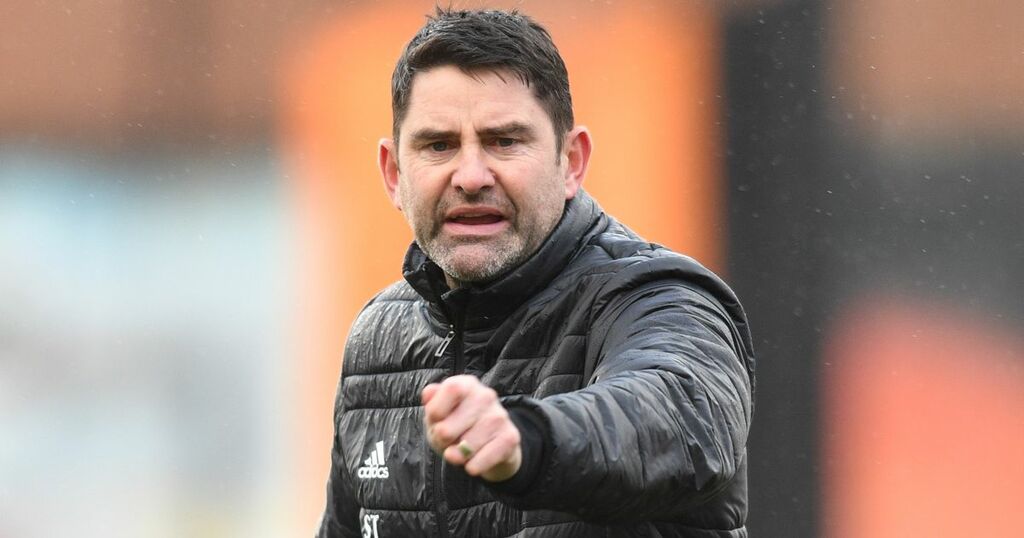 Hamilton boss Stuart Taylor hailed his players' team spirit as they twice came from behind to hold Partick and believes his side are showing great resilience when they concede in games.

Accies produced a great comeback at New Douglas Park as Andy Ryan's penalty cancelled out Scott Tiffoney's first half opener and then Mihai Popescu's acrobatic effort leveled the score at 2-2 after Zak Rudden had poked Partick back in front.

It's not the first time Accies have shown character in the face of adversity in the Championship this season and last month they came from a goal down to stun title hopefuls Inverness in the Highlands with a 2-1 win.

This time Accies also had to contend with a squad hit by Covid and they might even have won it had Jamie Hamilton - forced into midfield due to the enforced absenses - saw his header find the net instead of the crossbar late on.

Taylor said: "We are obviously disappointed to lose the two goals but we are delighted with the response.

"We speak about no disappointments and it was nice to see the lads respond in that manner and we nearly got the winner at the end with Jamie hitting the crossbar.

"It shows a little bit of the camaraderie that's there now and the team spirit, which has been building.

"They've responded really well, hence the reason we are on a good run at this moment in time so we just want to keep it going.

"When I first came in one thing I spoke about was having that fighting spirit and making sure we don't have any disappointments.

"If someone scores against us, so what? We'll just work harder to create a goal and get back in the game again.

"We showed that today and we've shown it a few times now. The response up at Inverness Caley was great. We just need to keep doing what we are doing.

"We couldn't fill our bench again, but it is what it is we just get on with it.

"We had one midfielder available and Jamie went and filled in in the middle of the pitch.

"I think he did really well in there with Miko [Virtanen]. It was a little change of shape for us but we spoke about sticking to the style of play we usually go and play and every single one of the lads were fantastic."

And Taylor says his squad is night and day from where they were back in October.

He added: "The progression from where we were the last time, where we lost an early goal and we let it affect us, is great.

"The lads have shown a real strength in character and responded really well twice to a really good side and it just shows the mentality that's in the dressing room."

Mihai Popescu produced a fantastic bicycle kick from Andy Ryan's cross to grab the deserved point and Taylor was delighted to see the Romanian defender open his account for the club.

Taylor said of his finish: "It was absolutely brilliant.

"Pops has been a real presence at set-pieces and if he was sitting at six goals right now, nobody would be surprised because he seems to find a way of getting on the end of corners and free-kicks.

"So it was nice that he picked up that second ball.

"It was a good finish, it wasn't a tap in and all credit to him.

"Taking the goal aside, his defensive qualities have been brilliant and he's added a real leadership to the team.

"He's shown that strength at the back."