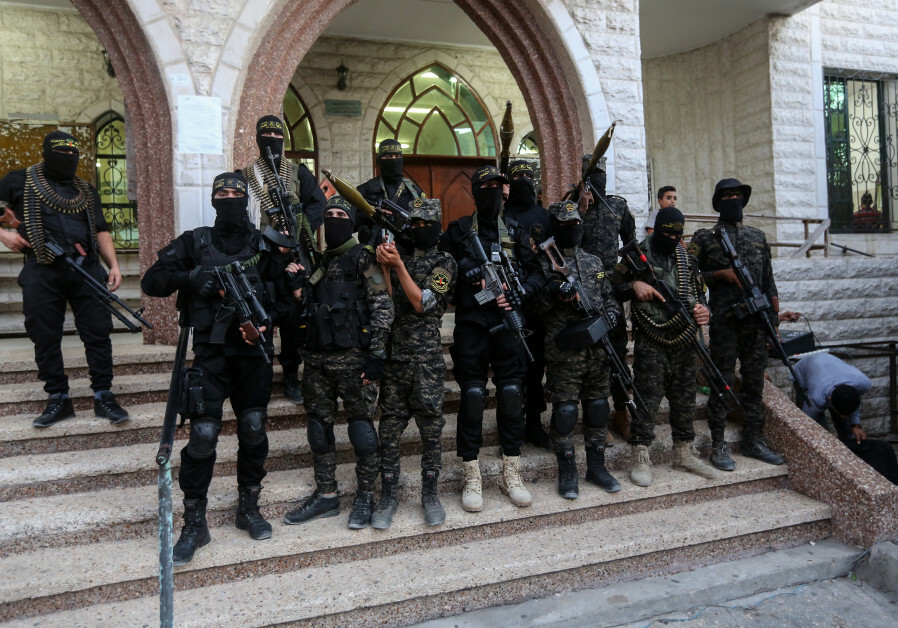 Hamas released a statement on Saturday morning, stating that the capture of four of the escaped Gilboa fugitives is "yet another round of confrontation with Israel."

"The escape revived the Palestinian people's hopes that it is only a matter of time until the West Bank 'blows up' in Israel's face," the terrorist organization said.

Palestinian factions have vowed to end all talks of a ceasefire with Israel following the re-capture of the Gilboa Prison fugitives they called "heroic," according to Palestinian media.

In reaction to the re-arrests of Yakoub Mohammed Qadri and Mohammed Ardah late on Friday night, Hamas launched a rocket towards the Eshkol Regional Council in southern Israel. The IDF responded by carrying out an airstrike in the Gaza Strip.

Violent riots in the West Bank were ongoing throughout the week as hundreds of Palestinians protested in solidarity with the Gilboa Prison escapees.

"The captures are the driving force for us and our people in the West Bank to increase the protests," Hamas said.

"If the six prisoners can escape the narrow, crowded prison, then the Palestinian people can stop the occupation," Joint List head MK Ayman Odeh wrote on Facebook.

Schuster also denied claims the fugitives will receive capital punishment, insisting that "we have no intention of killing anyone, even if there is blood on their hands."

"Nothing will be done at all costs but rather by appropriate measures. They [the fugitives] will be apprehended and returned to the State of Israel," Schuster told Ynet.