Hamas is increasing its activity in Lebanon and angering Hezbollah 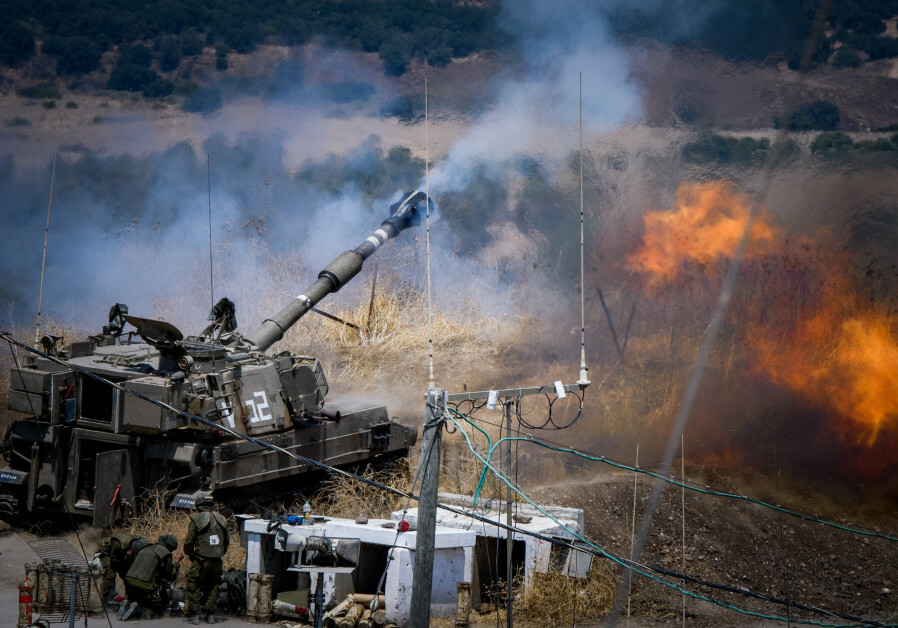 Hamas is increasing its activities in Lebanon in order to threaten Israel from two fronts simultaneously but is stepping on the toes of Hezbollah and angering the Lebanese terror army, a new report by the ALMA Research Center has found.

The Gaza-based terror group’s secret force build-up in Lebanon has grown over the years to have hundreds of operatives working for Hamas’s “Construction Bureau,” which is responsible for building and developing military capabilities on Israel’s northern border.

The force, based out of Palestinian refugee camps in Lebanon, is concealed from Lebanese authorities and Hezbollah and “has the potential of creating a severely difficult challenge for Hezbollah,” the report said.

Headed by Majed Qader Mahmoud Qader who recently moved to Lebanon from Istanbul, the Construction Bureau has two units, the Al-Shimali Unit and the Khaled Ali Unit, each with hundreds of operatives.

The Al-Shimali unit operates in five main geographical areas in Lebanon: Beirut, Tripoli, the Bekaa, Sidon and Tyre. It is headed by William Abu Shanab who underwent professional UAV training in Iran and Indonesia. His deputy is Bara’a Hasan Farhat and the unit’s intelligence officer is Khalil Muhammad Azzam.

The Khalid Ali unit is commanded by Muhammed Hamed Jabara.

Qader’s deputy, Muhammed Ibrahim Wadh Salim, is also reported to be the head of the manufacturing department of the Bureau which provides technical assistance and develops and manufactures rockets and drones.

Salim is said to be a mechanical engineer by trade, and is considered one of the leaders of Hamas’s medium-range rocket development program as well as responsible for improving the group’s rocket, UAV and explosive submarine accuracy technology.

The report also named several other senior Hamas operatives in Lebanon, including Saleh al-Arouri who is the deputy head of the group’s political bureau and responsible for terror attacks in the West Bank.

Hamas has been the target of many preemptive counter-terror raids by Israeli security forces in several locations in the West Bank after the group was reported to be planning a major terror attack in Israel. Several Hamas operatives were killed and a significant amount of explosives and other weapons were confiscated during the raids.

It’s likely that Arouri, who was behind the kidnapping and killing of three Israeli teenagers in

2014, which led to Operation Protective Edge, had a role in the cell that was thwarted.

The group’s leader in southern Lebanon was identified as Dr. Ayman Shana.

Hamas has been active in Lebanon for decades and its military activity in the country is done under the assistance, initiation, and supervision of the Palestine branch of Iran’s Quds Force, part of the Islamic Revolutionary Guard Corps.

Iranian officials have also boasted about various terror groups and “armies” active outside its borders. In late September Gholam Ali Rashid, the commander of Iran’s Khatam-al Anbiya, said that former Quds Force commander Qassem Soleimani had said three months before his targeted killing that he had organized six armies outside of Iranian territory.

Israel has openly acknowledged Hamas’s intensification in Lebanon, including in Hezbollah’s stronghold of southern Lebanon.

According to the report by ALMA, as well as senior Israeli officials, it was Hamas along with Iran’s blessing that fired the rockets into Israel during Operation Guardian of the Walls in May.

This “actually forced Hezbollah to join the rocket fire and in our assessment doing so without genuinely desiring to,” read the report.

While Hezbollah views Hamas and Palestinians in general as “guests” in Lebanon, ALMA said, “based on the intensification and independent military operations carried out by Hamas from Lebanon, Hamas does not appear to see itself as ‘just a guest’ in Lebanon.”

The ongoing activity by Hamas, the report continued, “has the potential of creating a severely difficult challenge for Hezbollah. Hamas pursues its own interests in Lebanon, including not informing Hezbollah ahead of time when Hamas fires rockets into Israel – a pattern that could drag Hezbollah into a war with Israel, against Hezbollah’s own interests.”

ALMA recommended that even though it might be in Hezbollah’s interests, due to Hamas’s ongoing activity in Lebanon, “Israel should ‘think outside the box’ and act openly against Hamas targets in Lebanon if Hamas attacks from the Gaza Strip and vice versa.”