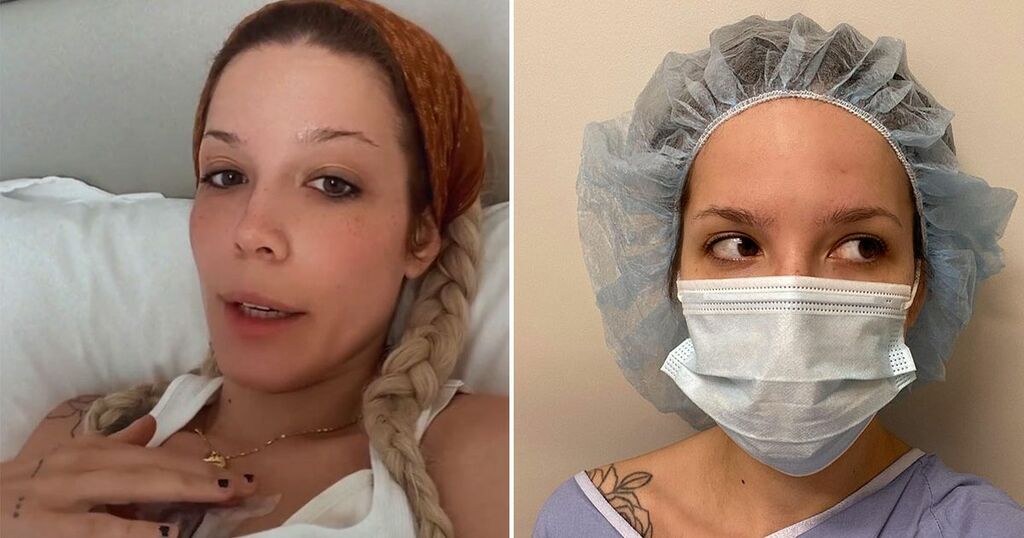 Halsey suffering with 'multiple conditions' and is 'allergic to everything'
Halsey has opened up about their health amid concerns from fans, with the award-winning singer stating in a recent video…

Halsey has opened up about the health issues they’ve been experiencing since giving birth to their first child Ender in July 2021. The 27-year-old singer was hospitalised multiple times in the past month, and recently had surgery in April for endometriosis.

On Tuesday, Halsey – whose real name is Ashley Frangipane – gave a health update to their fans on their Instagram story, explaining some of the autoimmune disorders that they’ve been diagnosed with.

“So, I know that a lot of you guys have been wondering what’s going on with my health,” the singer, who uses she/they pronouns, began their Instagram story.

“Basically, after seeing 100,000 doctors, I got diagnosed with Ehlers-Danlos syndrome, Sjogren’s syndrome, Mast cell activation syndrome, POTS, and I’m still looking for answers to the root cause of some of these things,” they said.

Sjogren’s syndrome is an autoimmune disorder in which a person’s immune system mistakenly attacks the body’s cells and tissues. It is identified by symptoms of dry eyes and dry mouth.

Mast cell activation syndrome (MCAS) is a condition that causes “mast cells to release an inappropriate amount of chemicals” into the body, according to WebMD. This results in allergy symptoms and allergic reactions. POTS is a condition that affects blood flow, causing dizziness, lightheadedness, or fainting.

In 2017, Halsey underwent their first surgery to treat endometriosis. The pelvic condition affects around 176m women of reproductive age worldwide.

“I’ve known I’ve had autoimmune issues for most of my life, especially having endometriosis, but it’s kind of been exacerbated since I had Ender,” the Without Me singer said, while wearing a heart monitor taped to their chest. Halsey assured fans not to worry, adding that they’re on a treatment plan and “excited” to be going on tour this spring.

Halsey welcomed their first child, Ender Ridley Aydin, with boyfriend Alev Aydin in July 2021. Throughout their pregnancy and motherhood journey, the singer has often reflected on their personal style and gender identity.

“My pregnancy has changed my body so much,” the Be Kind singer tweeted last September. Learning how to have a personal sense of style when you’re not used to your new shapes has become a real struggle. To all the mommas (or really just anyone going through something similar) I feel you.”

Before giving birth, Halsey wrote in an Instagram caption in February 2021: “It’s strange to watch yourself change so quickly. I thought pregnancy would give me very strong, binary feelings about ‘womanhood’ but truly it has leveled my perception of gender entirely.”

Halsey suffering with 'multiple conditions' and is 'allergic to everything'
Halsey has opened up about their health amid concerns from fans, with the award-winning singer stating in a recent video…