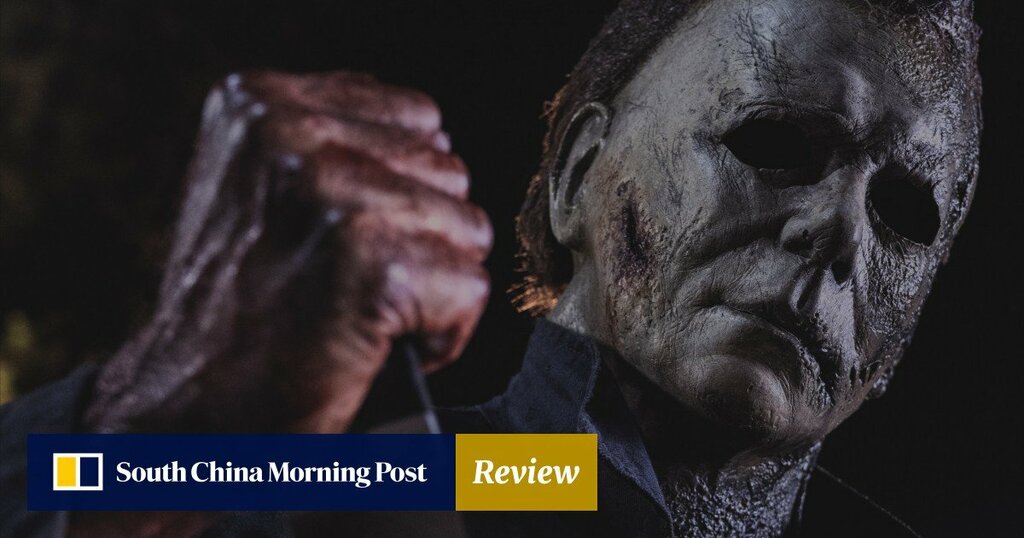 “Michael Myers has haunted this town for 40 years. Tonight we hunt him down.” With these words ringing out, David Gordon Green’s Halloween Kills picks up where his 2018 sequel to the classic John Carpenter slasher movie left off.

When Green’s new film opens, Laurie is being rushed to hospital with a knife wound (“it’s a paper cut,” she nonchalantly says), under the belief she finally has banished this demon to hell. But the mythic Myers escapes the flames, savages the firefighting crew and heads out into the gloom of Haddonfield, Illinois, to continue his merciless rampage.

The townspeople, including Laurie’s daughter Karen (Judy Greer) and granddaughter Allyson (Andi Matichak), set out to end this collective nightmare.

One of the pleasures of Green’s 2018 film Halloween, which smartly ignored the numerous post-Carpenter sequels, was seeing Curtis return to her most famous role, all guns blazing, but here she’s largely sidelined, dispensing pearls of wisdom like “the more he kills, the more he transcends into something else” from her sick bed. That’s a mistake, although Greer, who rarely gets a chance to kick ass, takes up the Curtis mantle with aplomb.

Thematically, Green is looking at the dangers of mob rule (“evil dies tonight”, they keep chanting), an interesting perspective on collective anger, but the film gets too caught up in the chaos of the night to offer up any real insight.

Gore hounds won’t care, given that Green and his co-writers Danny McBride and Scott Teems pepper the script with an endless procession of violent deaths. Eyes are gouged and stabbed, a circular saw is turned on its user and one poor fellow leaps from a building and is left half-mangled on the concrete below.

The film does reach back to the original, not least by casting Anthony Michael Hall as the grown-up Tommy Doyle, the boy who was stalked by Myers in the 1978 film. Robert Longstreet also plays the adult Lonnie, who bullied Tommy as a kid, and Will Patton returns as Deputy Frank Hawkins, the cop haunted by his own involvement in the Myers case all those years earlier.

In the end, it’s a story about how violence begets violence, though whether anyone will buy this among the grisly bloodletting is another matter.