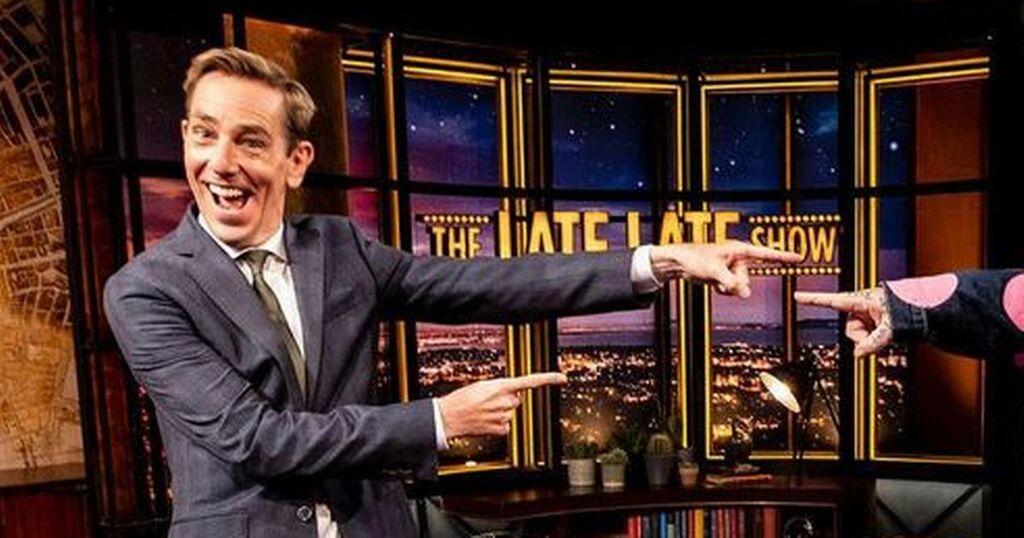 Over half a million viewers tuned into the first Late Late Show of the season on Friday night.

Meanwhile, at home, 554,000 people tuned in to watch the season opener at its peak, with an average of 480,000 viewers watching the show over the course of the evening, according to figures from RTÉ.

The figures also revealed that the show’s return attracted a 51 percent share of audiences - meaning over half of viewers watching TV at the time were tuned into the RTÉ One show.

A spokesperson for RTÉ said: “The Late Late Show starts on a high, as Friday night’s series opener was watched by an average of 480,000 viewers, with 51% share of the available audience across RTÉ One and RTÉ One +1 broadcasts.

“The episode had a peak viewership of 554,000 viewers and performed strongly with the 15-34 audience, with an average of 40.6% share for this cohort."

It comes as host Tubridy revealed there may be an increase in audience numbers as restrictions continue to lift.

Speaking on his RTE Radio One show on Monday morning, the host said: “Everyone is finding their groove again. Today is a big day.

“Things are opening up again.. We are heading into 60%.

“We had about 30 people in the Late Late Show audience last Friday. If it is 60 percent as per the rules, hopefully we are heading towards another big chunk of people in next Friday.

“It is all adding to a sense of movement about the place.”

Meanwhile, Virgin Media’s new talent show 'The Big Deal' - fronted by Vogue Williams - also kicked off on a high in its debut weekend - with over 356,000 viewers tuning in on Saturday night.

Announcing the news, they said: “The Big Deal is the most successful ever original format launch on VMTV with 356,900 viewers (reach) watching the first episode and an average of 179k viewers across the hour.

“It comfortably won its slot as the most watched programme, trebling the VMTV slot average for the last 4 weeks and showing over 50% growth in share on the slot average year to date.“