An animal advocacy organisation is calling for criminal charges to be brought against five students who hung a gutted shark from rafters at a Florida high school as a “prank”.

The shark was discovered at Ponte Vedra High School near Jacksonville at 8am on Thursday morning.

The animal had been hoisted above a staircase in a courtyard. St John’s County School District officials cut down and removed the shark, and identified five senior students who they say hung the shark as part of a “prank”, WJXT reported.

The school has turned surveillance footage over to the St Johns County Sheriff’s Office.

The Florida Fish and Wildlife Conservation Commission is leading the investigation and told First Coast News it had learned the shark was caught on Tuesday night, gutted, and stored in a freezer prior to being hung at around 9pm on Wednesday.

OneProtest, an animal advocacy group, launched an online petition calling for the students to face criminal charges which had gathered nearly 3,000 signatures by Sunday morning.

“We are dealing with high school seniors who have a blatant disregard for life and find killing, mutilating, and displaying the body of an animal as ‘funny’ or a ‘prank’ this kind of mentality and behaviour deserves to be punished,” the petition stated.

OneProtest executive director Adam Suglaski told WJXT the potential charges the students might face depended on whether the shark was an endangered species.

“Regardless of what species of shark it is, it’s still, like, it’s kind of upsetting to see that animal just being, you know, used as a prank,” Mr Suglaski told the news site.

University of North Florida professor of biology Jim Gelsleichter told WJXT it could be a sandbar shark, which are banned from recreational and commercial harvest in Florida.

The school district and Florida wildlife commission did not immediately respond to requests for comment.

Images of the shark were shared widely across social media, with one student describing the act as “gruesome”. 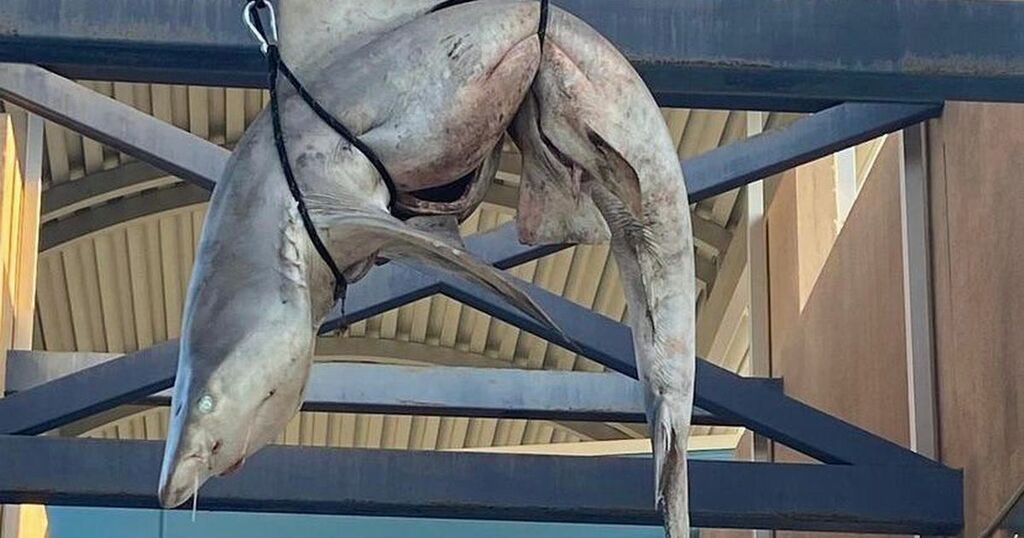 Daily Mirror
One subscription that gives you access to news from hundreds of sites
What is Florida’s ‘Don’t Say Gay’ bill?