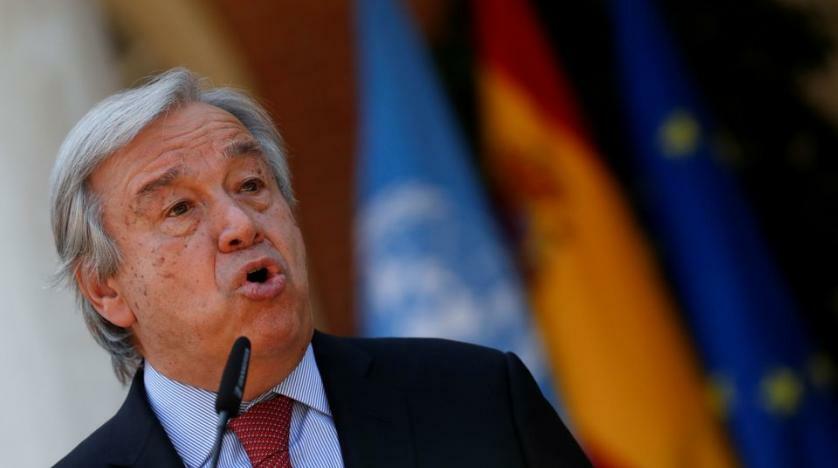 The United Nations chief warned Friday that the world is "moving in the wrong direction" and exhorted nations to take urgent action to fight the Covid-19 pandemic and climate change.

"Covid-19 is a wake-up call, and we are oversleeping," UN Secretary-General Antonio Guterres said at a press conference.

Speaking ahead the UN General Assembly that kicks off in New York on Sep. 21, Guterres lamented that vaccine-manufacturing nations have been unable to ramp up production toward the goal of vaccinating some 70 percent of the world population by the first half of 2022.

"The pandemic has demonstrated our collective failure to come together and make joint decisions for the common good, even in the face of an immediate, life-threatening global emergency," Guterres said.

Guterres dismissed calls to delay a major UN climate summit, known as COP26, due to take place in Scotland in November. Climate activists have called for postponing the event due to vaccine inequality, the raging Covid pandemic and logistical difficulties in organizing the event.

"To delay the COP is not a good thing," Guterres said. "Delays have been so many and the issue is so urgent."

Guterres urged the United States and China, the world's two biggest polluters, to do more to combat climate change.

"We need a stronger engagement of the US, namely in financing for development, for climate-related development issues, mitigation, adaptation, and we need an additional effort from China in relation to emissions," Guterres said.

Ties between the world's two biggest economies have been languishing at their lowest point in decades over issues ranging from human rights to transparency over the origins of Covid-19.