People have described being scared for their lives, while others couldn't believe something like it could happen in Canberra, after a gunman fired several shots in the terminal.

Canberra Airport was evacuated for several hours after five gunshots were fired by a reportedly "calm" gunman. The shots hit glass windows, and police said they were not aimed at anyone. No one was physically hurt and a man - who police say was acting alone - is in custody.

The gunman did not resist arrest, and one witness said the bullets did not even break the glass.

Police said the man had not gone through security screening before the shooting took place.

People who were at the airport at the time have described hearing the shots, and then the chaos that followed as people fled for safety. Bags, clothes and other personal effects were left strewn on the ground as people fled.

People were evacuated from the airport, several flights were delayed or cancelled, and other planes were left waiting on the tarmac full of passengers waiting to disembark for hours.

Authorities let people back into the airport about 4.45pm, a bit over three hours after the incident took place. The airport said operations were resuming as normal, and encouraged passengers to check with their airlines on changed flights. It took some time to get everyone back in, and there were long waits for some.

A blue screen had cordoned off the area where the gun was fired and the bullets hit, and people were returning to collect their belongings.

'I thought I was going to die to be honest'

Selena Lee said she had been on the phone to her mother, when she saw people start running. She ran for the exit, too.

"It was pretty scary. I thought I was going to die to be honest. It was pretty intense. Instinct kicked in and it was just run as far away as you can essentially," she said.

Peter Foong said he heard three "pops" and initially assumed it was construction work. Then people started running past.

"At first I thought they were late for a plane and then I thought, no they were running really quick. I still wasn't sure what to do. and people were saying 'Drop down, drop down, get behind something'. So yeah, it was a bit of a panic," he said.

"It happened but I am thinking 'Yeah, nah, nah. This can't be right, This is Canberra, things like this don't happen. And yeah, people running past, people getting down and all this stuff getting left behind. It's insane."

Daniel Knol and Carl Hamilton joined several other people huddled in the back of a customer service area after fleeing, and said it was scary.

"[There were] children crying and parents crying with their kids and we were just huddled in the back area until - I think it was about five minutes and we were told to leave the building. As we were coming through we saw the man who was under arrest," Mr Knol said.

"People were hiding under tables and booths. It was a lot. Now that it is all kind of secured again it feels normal. but at the time it felt horrible."

Holder man Vishal Jadha, 32, said he was waiting for his partner to arrive from Adelaide when he heard gunshots.

"We were downstairs, so we just helped a couple of the old people to evacuate from the floor," he said.

"We actually saw the guy. Maybe in his 50s, white shirt, goggles, really calm even after the shots. Just standing there.

"He was just wearing his jacket, standing there like a normal person.

"He tried to shoot the glass, but it didn't go through."

He said there were a number of upset people who appeared to be only metres away from the gunman.

"There was some airport crew, they were really courageous, even though he was like, 50 metres away from them," Mr Jadha said.

"They just help everyone to evacuate."

One witness has revealed how "courageous" airport crew assisted scared passengers to evacuate.

ACT Policing said they were called to the airport about 1.30pm on Sunday, following reports of gunshots in the main terminal building.

At about 1.30pm, the alleged gunman entered the airport, sat in the departure area near the windows and after about five minutes pulled out a firearm and let off approximately five rounds.

He is now is custody.

During a press conference at the airport, Detective Inspector Dave Craft said there was nothing to indicate the shooter had an employment history or connection to the airport and his motivation was unknown at this time.

"I can say there were no injuries. The male we believe was acting alone and there is no ongoing threat to the community," he said.

"The firearm has been secured and we do not believe there were multiple weapons."

Prime Minister Anthony Albanese said he had been briefed on the incident.

"I am advised a man has been detained and there is no ongoing threat present," he said.

Have been briefed by the AFP on the incident at Canberra Airport this afternoon. I am advised a man has been detained and there is no ongoing threat present.

ABC journalist Louise Milligan said on Twitter that the Qantas lounge was evacuated after shots were fired.

Others took to social media to say they heard gunfire.

OK yes, apparently gunfire. We are all outside now and police are questioning people about what they saw and heard. They’re checking inside the terminal to make sure it is OK. pic.twitter.com/Dlgwcrr54D

ESA confirmed it was at the airport to assist ACT Policing with the incident.

The incident has created chaos and disruption for people taking domestic flights.

Giralang woman Gaye Doolan was meant to depart on a 2.20pm flight to Melbourne, but said she was evacuated from the Qantas business lounge at about 1.30pm.

She said a message came over the lounge, and people were taken downstairs.

Ms Doolan said police were getting information from those who witnessed or heard the alleged shooting.

Canberran Maryanne Burgonyne said she arrived in the city from Melbourne at 1.30pm, and is still on a disembarked plane.

"We were not allowed off the plane due to a security issue. That is all they have told us," she said.

A man said he was disembarking a plane when everyone was hurried back on it.

He said there were two other planes waiting behind his on the tarmac. 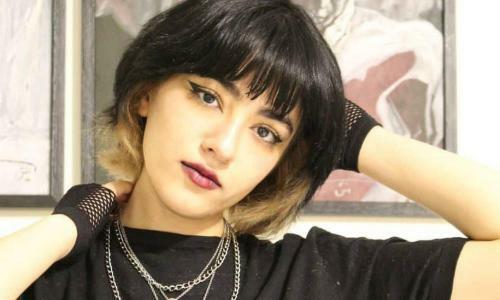 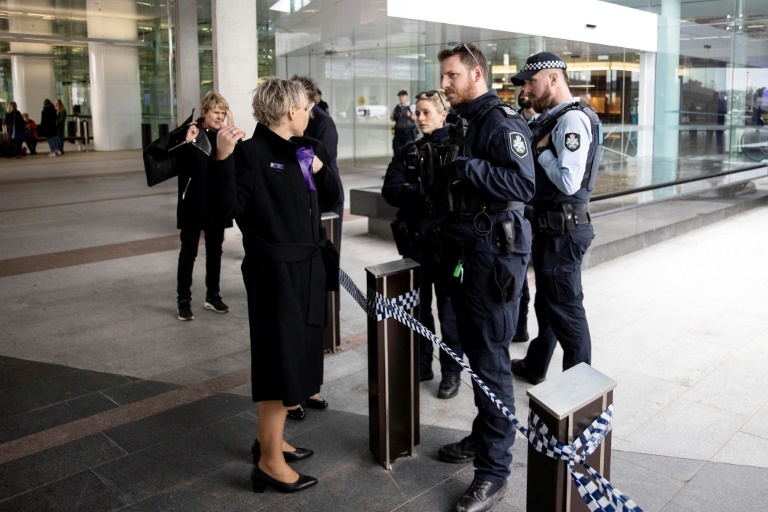 AFP
From analysis to the latest developments in health, read the most diverse news in one place.
Gunman in custody after firing multiple shots at check-in area at Canberra Airport

"Everyone was hiding behind chairs and people were running.”

"This can't be right. This is Canberra, things like this don't happen."

The Canberra Times
One place to find news on any topic, from hundreds of sites.
Man charged with firearms offences after Canberra airport shooting