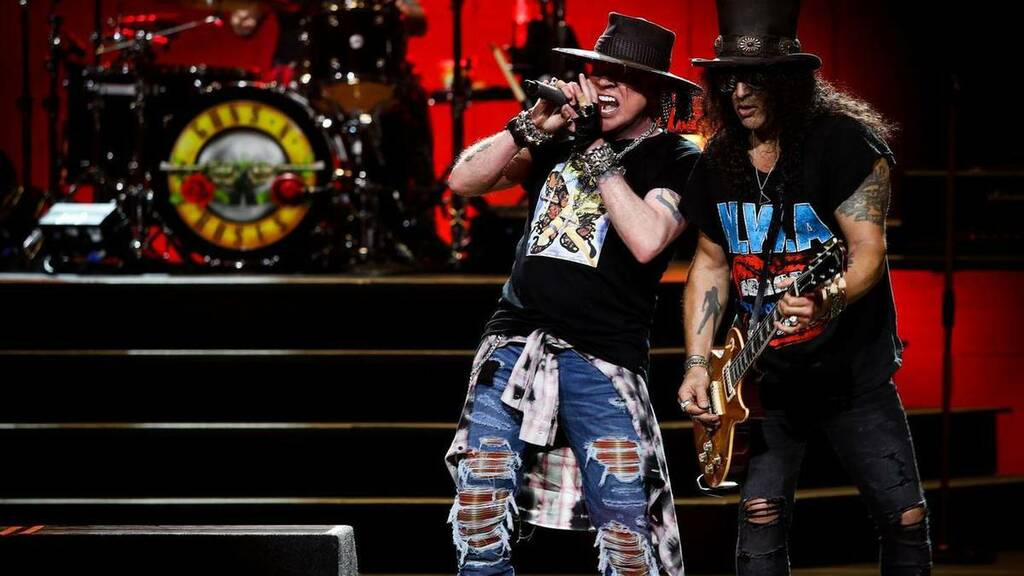 Wellington's Sky Stadium boss says at this stage it's unlikely the Guns N' Roses New Zealand tour will go ahead, but the promoter is yet to make a final call.

The plan was to make their way to New Zealand after a multi-city tour of Australia.

But with both countries dealing with Delta outbreaks, the tour is in doubt.

Sky Stadium chief executive Shane Harmon said they were still waiting to hear from the promoter with a final decision on whether the tour would go ahead.

"Given that tour was due to start in October in Australia, you'd have to say that it's unlikely at this stage, but that final decision has not yet been made."

Other stadium events which hang in the balance pending a move to alert level 1 are the Home & Garden show, which has already been delayed, and the Wellington Marathon.

Harmon confirmed there would be another mass vaccination event in October.

The stadium essentially only recovered small costs for these events like cleaning and security, he said.

"At the end of the day we see this as a community event not a commercial event. From our perspective, we're just pleased to be able to do our part in joining the ranks of other stadiums around the world in assisting communities to keep safe and hopefully getting our lives back to normal."

Harmon has described the outlook for events and venues in Australia and New Zealand as "brutal".

"This summer we [Sky Stadium] had pencil bookings for up to five international concerts and it's unlikely any of those pencilled bookings will come to fruition.

"But I can say that the following summer is probably going to be the best touring summer I think that New Zealand has ever seen. Fingers crossed by then that we're all back to normal."

Harmon estimated alert level restrictions have cost the stadium $2 million in revenue each year. This is the third financial year affected by Covid-19.

"It's hard to plan when you can't have a plan.

"We cope by knowing this is outside of our control and we've just got to roll with each challenge as it comes along."

The stadium is also already busy planning for big sporting events like the FIFA Women's World Cup in 2023, Harmon said.

"That's going to be one of the largest sporting events, if not the largest that New Zealand has ever seen.

"I was involved in the Rugby World Cup in 2011 and I think logistically and operationally this will be a bigger event than that."