Three gunmen were shot dead in the Afghan capital as they were suspected of preparing to attack the first day of a huge Taliban gathering of clerics and local dignitaries.

Gunfire erupted during a lunchtime break of the grand council meeting, before Taliban security forces said they had quickly killed the suspects.

There was no immediate claim of responsibility for the attempted assault and the shootout happened some distance from the gathering, Taliban intelligence sources said.

The Taliban maintain overall control of the country and had mounted an intense security operation in the capital ahead of the gathering. But they have faced attacks from both the local Islamic State branch and an anti-Taliban group called the National Resistance Front.

The meeting of more than 3,000 clerics and local leaders continued as the gunfire died down and was due to last another two days.

The grand meeting, or jirga, is the Taliban's largest consultation since they took power and comes as the movement's leadership has faced grumbling even from within its own ranks that it is increasingly remote and authoritarian.

Officials have provided few details in advance of the three-day get-together other than suggestions it would try to address the regime's many challenges and seek backing from local leaders.

The media were barred from attending, though some speeches were broadcast on the radio.

Both Taliban and international sources said they expected the regime's unpopular ban on girls attending secondary school to be under discussion.

The Taliban reversed an earlier promise to allow teenage girls to attend school and one international source said they were “hopeful but not optimistic” that the meeting would see a shift towards eventually easing the ban.

Sources had insisted before the meeting that dissent would be allowed, but in his opening remarks, Habibullah Haqqani, the head of the gathering, declared that: “Obedience is the most important principle of the system.”

“We must obey all our leaders in all affairs, sincerely and truly, and should obey in a good manner.”

The regime which humiliated America and Nato forces by regaining power in August 2021 has since struggled to administer a country formerly utterly reliant on foreign aid.

The suspension of aid to the Afghan government and sanctions against the Taliban leadership have left the country in a deep economic slump. The Taliban's army of rural clerics and militants have struggled to adjust to running Afghanistan's ministries.

Officials said it was possible that the movement's supreme leader, Haibatullah Akhunzada would address the meeting, but the attack may cause a rethink. 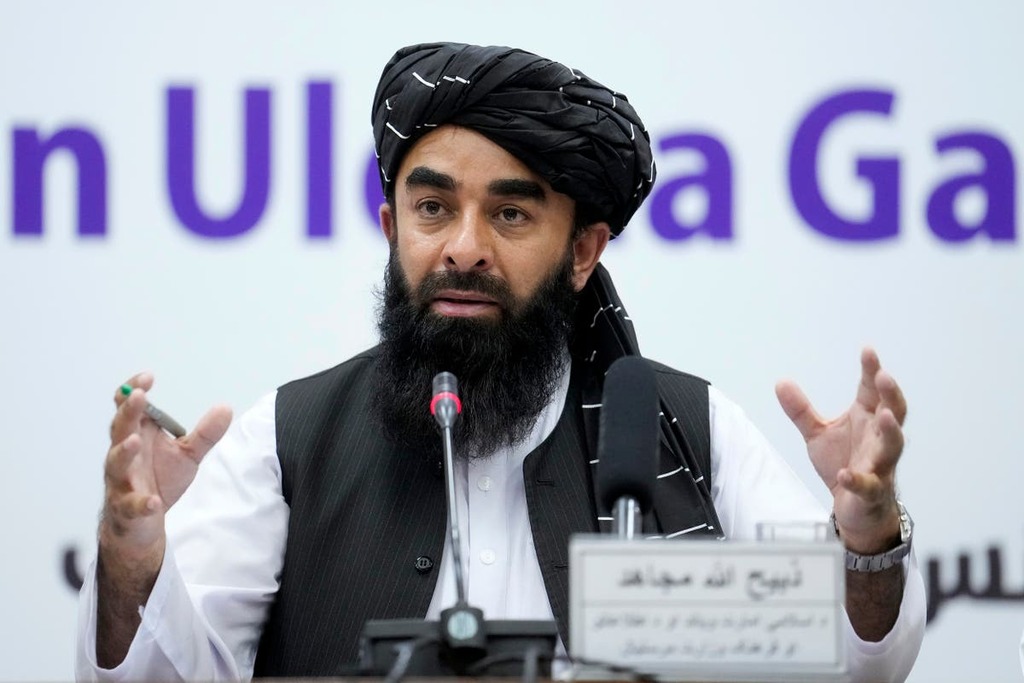 Afghan Taliban hold clerics' assembly, aiming to boost rule
Afghanistan’s Taliban rulers are holding a gathering of some 3,000 Islamic clerics and tribal elders for the first time since…

Kabul (AFP) - Obedience to the leadership was the most important principle of Afghanistan's Islamic system, a senior Taliban official…