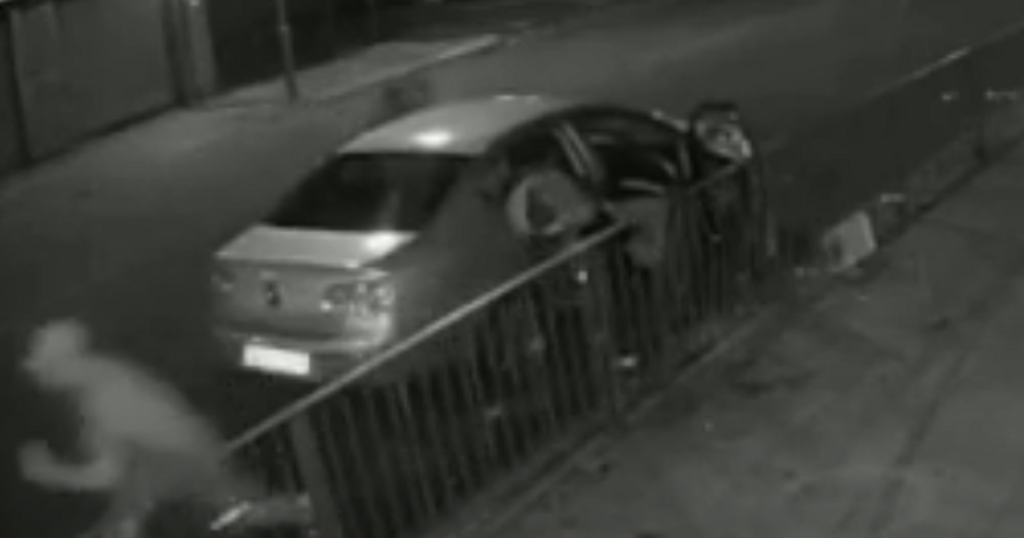 CCTV captured the moment three car passengers were left running in terror after a gunman opened fire on their vehicle.

The chilling footage from Stanley Road in Kirkdale, Liverpool shows the men scrambling to get out of a car as shots are fired at them, the Liverpool Echo reports.

The assailant can be seen riding on a bike along the road before jumping off and launching the attack.

Those inside the vehicle attempt to escape the scene on foot before the driver pulls away.

Police became aware of the terrifying incident after two men, one in his 20s and the other in his 30s, attended Royal Liverpool University Hospital with gunshot wounds to their hands and legs on Wednesday around 12.50am.

Their injuries were not believed to be life threatening. They remained in hospital this evening.

Inquiries led detectives to believe they were attacked on Stanley Road, where a trail of blood was found near the junction with Pansy Street.

The area was cordoned off and examined by forensics officers on Wednesday. A police cordon was also set up outside part of the Royal.

Footage appearing to have recorded the incident has since emerged online and has been widely shared on social media.

The film shows a gunman jumping from the back of a bike before opening fire on a car parked on Stanley Road. Three men get out of the vehicle - one attempting to hide behind it while being shot at with a handgun - and run away. The gunman is seen to chase them, firing at least one shot as he begins his pursuit.

Detective Inspector John Fitzgerald, from the force's Firearms Investigation Team, said: "We’re working to piece together exactly what happened and so are keen to speak to anyone who was in the vicinity of Stanley Road and Pansy Street around midnight and saw or heard anything, either the shooting itself or any people making away from the area, and vehicle details.