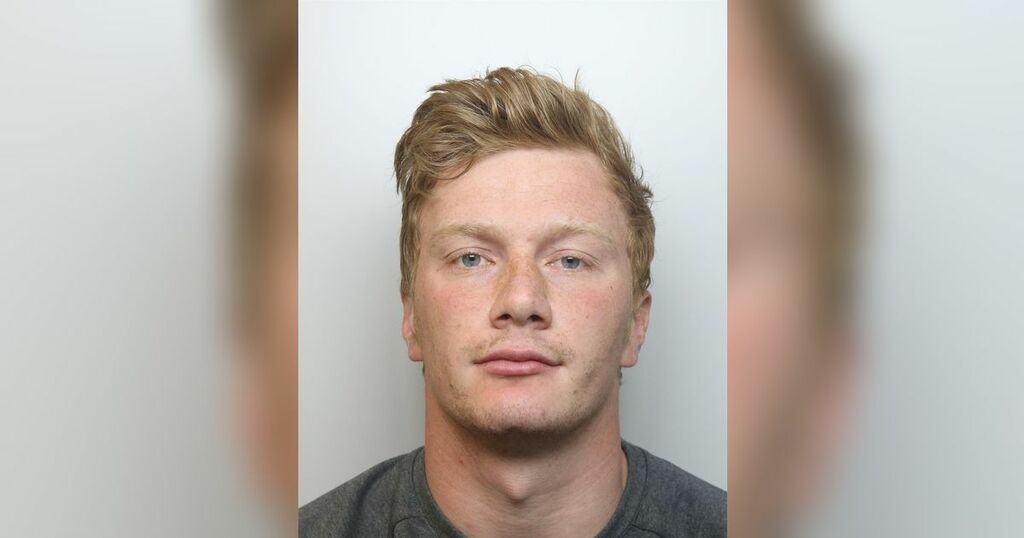 The thugs behind a botched gangland shooting and the underworld brothers who played a key role in that attack were today jailed.

Gunman Aaron Bretherton posed as a fake pizza delivery driver as he blasted David Barnes with a Glock handgun on the doorstep of his home.

Getaway driver Anthony Morris and drugs boss brothers Alan and John Tobin - who were involved in the gathering and supply of key intelligence ahead of the shooting - were also locked up.

Mr Barnes was shot in the leg as he tried to slam the front door he had opened to gun and pizza box-wielding Bretherton.

Jaime Hamilton, QC, prosecuting, said: "At around 9pm on the evening of Friday, April 24, 2020 a man called David Barnes was shot through the leg on his own front doorstep.

"He was not the intended target. The intention was to shoot and injure a man called Liam Byrne Jnr in a targeted attack at his home address. Mr Barnes was shot because he was unfortunate, as Liam Byrne Jnr’s stepfather, to be the one who answered the knock at the door."

Mr Hamilton told Liverpool Crown Court the attack "was carried out by a sophisticated criminal group who were in dispute over the movement and control of drugs in and around the Warrington area".

The barrister added those behind the attack, on Poplars Avenue in Warrington, believed Liam Byrne Jnr was "opposed" to them.

Bretherton, a serving soldier at the time, travelled to the scene of the shooting with Morris and a third man, who cannot be named for legal reasons.

Describing the chaos that unfolded at the address, Mr Hamilton said: "Mr Barnes opened the door and Mr Bretherton was outside. He was carrying a pizza box and a 9mm Glock pistol.

"Mr Barnes appreciated he was in danger. As he tried to shut the door Aaron Bretherton began shooting and Mr Barnes was injured, a bullet going through his leg. Mr Bretherton then returned to the vehicle, which Mr Morris had turned around for the getaway."

As the men fled the scene, Morris' mobile phone was used to search online for terms including “gun shooting” and “shooting in Warrington”.

Shortly after the Poplars Avenue incident another address in Warrington was targeted by another gunman who also posed as a pizza delivery man.

However, that incident was cancelled when it was established the target - the dad of two well-known Warrington criminals - no longer lived at the property and no shots were fired.

Bretherton and his associates had been recruited after another man, who cannot be named for legal reasons, allegedly sought help targeting rivals over the communications platform EncroChat.

It was over that network that the Tobins' involvement emerged.

Mr Hamilton said the shooting was "facilitated" by Alan Tobin and supported, indirectly, by John Tobin.

Detectives found messages showing that Alan had provided images of the faces of both Liam Byrne Jnr and Liam Byrne Snr, their addresses, satellite images of where they lived and even vehicle registration numbers.

Further messages suggested John was also involved in the flow of information, though his exchanges did not mention details, or share an awareness, of any attack.

The brothers, who with the other defendants appeared for sentencing over video link from prison, were major figures in the North West drugs world.

Earlier this year Alan Tobin was sentenced to 20 years in jail and John received a 19 year and eight month sentence following a Cheshire Police probe linked to the seizure of 186kg of cocaine.

Jason Smith, defending Morris, said his client had "clearly been recruited at a late stage to the events that took place".

The 24-year-old dad had one previous conviction, dating back to 2013, and Mr Smith said Morris' actions were "amateurish rather than professional".

Andrew Jebb, defending Bretherton, said the 24-year-old was a soldier in the British Army who had had an "exemplary Army career". He said his client had not been in trouble before this incident and had symptoms of post-traumatic stress disorder.

The court heard that when Bretherton was arrested a Glock pistol - different to the one fired at Mr Barnes - was found at his home.

Julian Nutter, representing Alan Tobin, said the 52-year-old was a "family man" who had been a mental health nurse since 1987.

He told the judge: "He really has put something back into society and that, in my respectful submission, should count for something."

Jason Smith, also defending John Tobin, said the 41-year-old accepted the details he provided "contributed" to the attack but said: "That knowledge is different from knowing that a firearm was going to be used."

Judge Stuart Driver, QC, handed Morris, of Fifth Avenue in Fazakerley, a 14 year sentence for conspiracy to cause GBH with intent; possessing a firearm with intent to endanger life and being concerned in the supply of cocaine.

Bretherton will have to serve at least two thirds of that 22 year term before he can apply to the parole board for release.

Once out of jail he will be the subject of licence conditions for the remainder of that sentence, plus an additional five years.

Alan Tobin, formerly of Regency Park, Widnes, was sentenced to eight years for conspiracies to cause GBH with intent to both Liam Byrne Jnr and Liam Byren Snr.

This will be served consecutively to the drugs term he is already the subject of. He must serve at least two thirds of the sentence handed today.

John Tobin, formerly of Manor Road in Prescot, was handed two and a half years for participating in the activities of an organised crime group. This will also be served consecutively to the drugs tariff he is already in jail for.