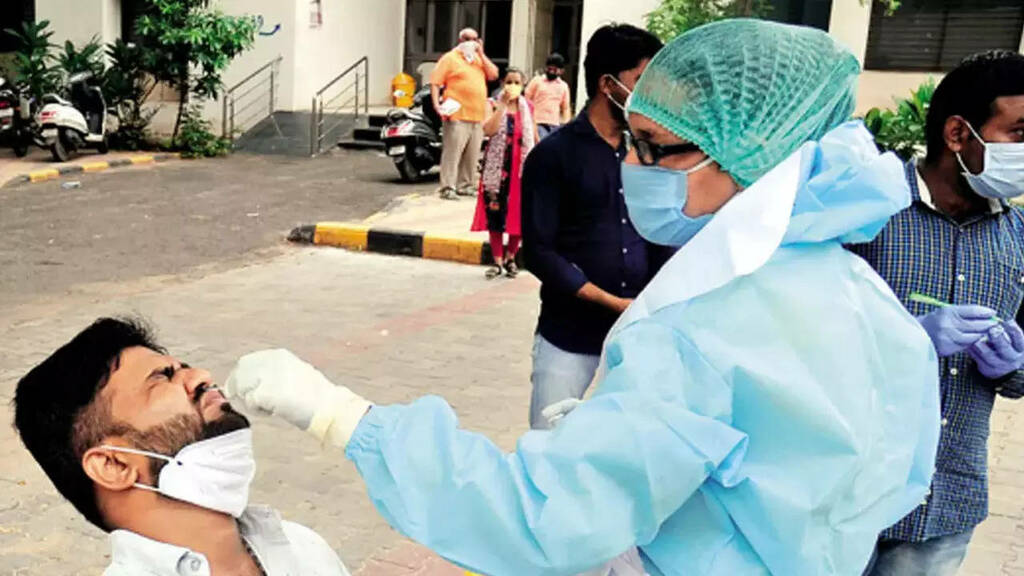 AHMEDABAD: On Thursday, Gujarat recorded 11,176 Covid cases, the highest in the past 248 days. The state crossed the 10K cases-mark after 245 and 11K cases after 246 days. This was a 11% spike in daily cases. After June 19 last year, the state for the first time recorded deaths of five active Covid patients.

While state MoS (home) Harsh Sanghavi isolated himself after showing symptoms of Covid infection on Thursday, Gujarat DGP Ashish Bhatia tested positive on Wednesday. "He has developed mild symptoms of cold and mild fever. He has isolated himself at home. TS Bisht, DGP, CID (crime & railways) is given charge," said a senior Gujarat Police official.

In a measure to contain spread of cases, Ambaji temple – one of the Shaktipeeths in Gujarat – has announced closure for the devotees from January 15 to 22.

Rushikesh Patel, the state health minister, told media on Thursday that Gujarat has crossed vaccination of five crore persons for the first dose. Gujarat now has 98% persons with at least first dose administered and 94.5% of the population fully vaccinated.

"The state has about a 9.5% test positivity rate (TPR). We have 138 testing labs at the moment which can process up to 2 lakh samples daily. In upcoming days, we will be setting up 40 new labs at sub-district level," said the minister.

Patel said that the state has 59 PSA plants activated and 2800 oxygen concentrators at various hospitals. "The state is prepared for any eventuality. We can accommodate up to 97,000 patients with oxygen requirements. We can also create facilities with DRDO at short notice," he added.

Gujarat's active cases reached 50,612 – the highest after May 27 or second month of the second wave.