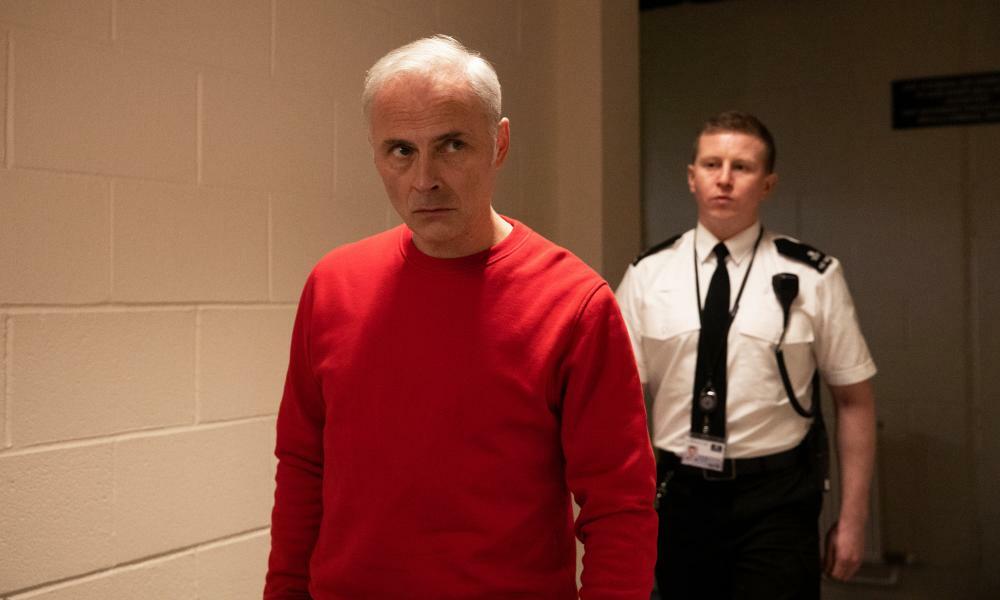 On a park bench in Edinburgh, a furtive woman in a beret is telling an equally furtive man without a beret a shaggy dog story. In 1588, she says, a ship from the Spanish Armada sank off the Hebrides. Survivors included some little dogs. For centuries, the resulting canine colony thrived secretly until it was time to pass the breed off as west highland terriers. The adorable one romping at her feet, she scarcely needs add, is a descendant.

Now don’t do anything silly. Don’t Google this story to find out if it’s true. Instead, as I did, imagine the poppets paddling with their wee paws, underbites aloft, towards the beach where kindly locals wait with fresh towels.

The woman is a cop. The man is our hero Max, played by Mark Bonnar. The dog? Pure MacGuffin. We last saw Max being led off in handcuffs at the end of series one of Neil Forsyth’s Guilt (BBC Scotland/iPlayer), a drama which echoed Raymond Chandler’s The Big Sleep not only in scintillating dialogue, but also in a storyline so complex I was forever asking: “Is that her from the pub? Wasn’t he in Fresh Meat?” Max was taking the fall for him and his brother Jake covering up a hit-and-run accident.

At the start of the second series, it’s two years later and Max is just out of jail. He tells the cop he was plagued by guilt, but now he is in the grip of something else. The desire for revenge.

The man Max wants revenge on is his former compadre Roy Lynch (Stuart Bowman), the most unpleasant criminal in the whole Lothian region. Sadly, I don’t have a degree in narrative engineering and so can’t explain quite why Max has it in for Roy. And by the end of this episode – with more MacGuffins about real estate deals on the Leith docks, shady goings on at the constabulary – I was up the proverbial creek without a proverbial “previously on” to steer me.

What I do know is that in the basement of a posh house there are two bodies. The posh house belongs to Erin (Sara Vickers), the estranged daughter of evil Roy. One body is her cocaine addict of a numpty husband; the other a bad man from whom the numpty nicked a bag containing £100,000.

Reviewers of the first series compared Guilt to Fargo, and indeed Forsyth’s Edinburgh is populated by Caledonian William H Macys out of their depths in lives of crime. Forsyth’s women are Frances McDormands, tasked with righting a world made wrong by men’s folly. Erin is one of those women. So is the disgraced detective Yvonne (Rochelle Neil) whom Max’s one-time private-eye chum Kenny falls for over bad coffee at AA. Perhaps Roy’s estranged wife (dear Phyllis Logan, AKA Mrs Hughes from Downton is now – can you credit it? – in an assisted living apartment) is too.

But before he can exact revenge, Max sets up a legal firm with Kenny on the site of the latter’s ill-named private detective agency, Burns Investigations. Max decides it should be renamed Leith Legals, and stupidly trusts Kenny to design the business cards.

Something has happened to Edinburgh while Max has been inside. The city’s dimmer switch has been turned down so it looks like the visualisation of the November London of Dickens’ Bleak House. The Proclaimers were evidently only joking about that sunshine on Leith.

Director Patrick Harkins makes this drear Auld Reekie otherwise resemble the Edinburgh of Danny Boyle’s Trainspotting, right down to the soundtrack. Paris sounds like accordion, New York like clarinet; Edinburgh sounds like indie rockers off their nuts on illicit pharmaceuticals. Instead of Iggy Pop and Born Slippy, Harkins plumps for the Manc swagger of F-’oldin’ Money by the Fall and the Glaswegian strut of Skids’ Into the Valley.

The show’s heart lies not in who did what to whom and why, but in such musical montages, in its gloomy visual palette and verbal wit. Forsyth is doubtless saying something profound about how character is destiny and families are rubbish. I don’t really care about all that, but I love the incidentals, such as Yvonne delivering a tragicomic monologue at AA about how she became an alcoholic. Or when Erin examines Max’s new business card decorated with too many owls and can’t quite work out what line of business he’s in. “You’re a long way from Pilton,” she says deadpan, “and your, er, owl sanctuary.” Guilt is a guilty pleasure, and I won’t be missing a second of it.

• This article was amended on 13 October 2021. The actor playing Roy Lynch is Stuart Bowman, not Bill Paterson, as an earlier version said. Paterson played the part of Lynch in the first series.