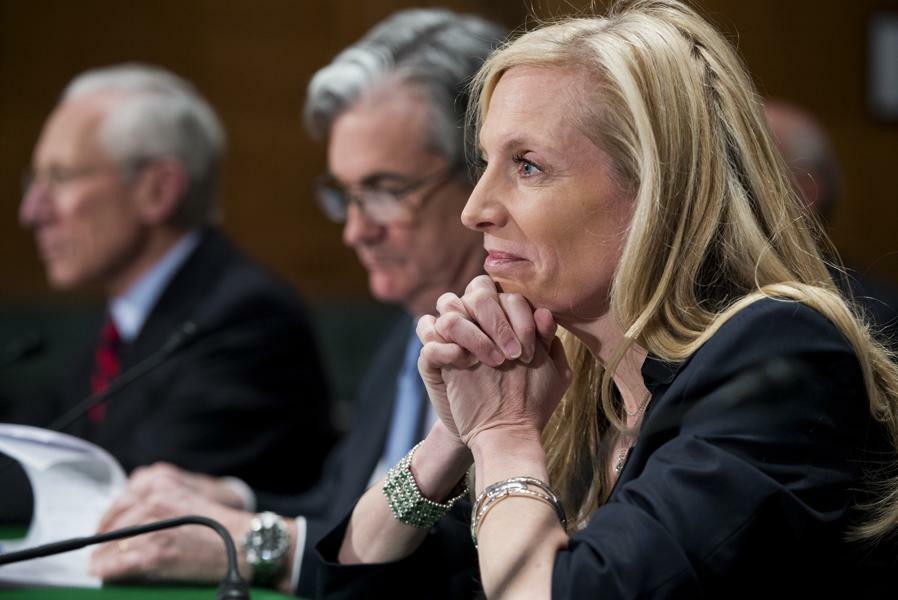 The speech, Building Climate Scenario Analysis on the Foundations of Economic Research, is troubling on many levels.

For starters, the Fed is going to rely on guidance rather going through the public notice and comment process for rules. Guidance, of course, is not legally binding. But it does give banks the choice of following their regulators’ advice or ignoring it.

In other words, there’s no legal requirement to follow the Fed’s guidance, and banks only have to follow it if they want to stay in business.

Still, even if the Fed does go through the full rulemaking process, forcing banks to account for climate change – either as part of formal stress testing, capital requirements, or even lending restrictions – will be no problem at all under current law. If the Fed ever announces a new notice for a rulemaking, the only mystery will be over the final details.

The foregone conclusion aspect of rulemaking is a problem on its own, but the fact that Congress has delegated so much authority to federal banking regulators to impose virtually any manner of operating restrictions on financial firms is the bigger problem. That authority exists, in fact, even if regulators want to impose such restrictions based on highly imprecise data and ill-defined concepts.

Federal financial regulators are now charged with addressing potential risks and emerging threats on a system-wide basis, concepts that defy objective criteria. Similarly, the Fed’s 1995 guidance on managing reputational risk defines that risk as “the potential that negative publicity regarding an institution’s business practices, whether true or not, will cause a decline in the customer base, costly litigation, or revenue reductions.” [Emphasis added.]

So, even though the 2010 Dodd-Frank Act broadened regulators’ discretion, it was far-reaching long before the 2008 financial crisis. And Brainard’s speech provides multiple examples of why Congress should never have given regulators such expansive authority. One of the clearest examples is the way the speech ties climate change to recent weather disasters. It states:

We can already see the growing costs associated with the increasing frequency and severity of climate-related events. The total cost of U.S. weather and climate disasters over the last 5 full years exceeds $630 billion, which is a record. During this period, massive flooding in the Midwest has caused billions of dollars in damages to farms, homes, and businesses. The California Department of Insurance has documented growing problems with the availability of fire insurance for homeowners, and the state legislature provided new protections for wildfire survivors. Last year was the sixth consecutive year that the United States experienced ten or more billion-dollar weather and climate disasters. And this summer, Hurricane Ida alone is estimated to have caused more than $30 billion in insurance losses.

There are multiple problems here. First, the mere fact that material damage from natural disasters during the last 5 years – or even 50 plus years – exceeds a previous record tells us nothing about whether human-induced climate change caused (or worsened) those weather events.

American society has changed dramatically over the years. Only 76 million people lived in the United States in 1900, and Americans are now much wealthier. They cohabitate with parents and grandparents less than in 1900, and McMansions now dot even areas that have been flood-prone for more than a century.

It would be virtually impossible for the massive hurricane that hit Galveston in 1900 to cause more material damage than Katrina did to New Orleans in 2005. (The same goes for Camile, the 1969 storm that turned parts of the Mississippi gulf coast into ghost towns until the late 1980s, and Betsy, the 1965 storm that crushed New Orleans’ lower 9th ward and the Thibodaux region.)

If that logic seems too simple, there’s University of Colorado professor Roger Pielke’s 2018 paper in Nature Sustainability, as well as his new one in Environmental Hazards. The latest one reviews 54 normalization studies and finds:

…little evidence to support claims that any part of the overall increase in global economic losses documented on climate time scales can be attributed to human-caused changes in climate, reinforcing conclusions of recent assessments of the Intergovernmental Panel on Climate Change.

Brainard also goes too far by tying human-induced climate change to “increasing frequency and severity of climate-related events.” As Pielke has pointed out, even the Intergovernmental Panel on Climate Change’s (IPCC’s) Sixth Assessment Report suggests otherwise. As he explains, the IPCC report shows that:

There are only four phenomena that the IPCC claims to have detected an increase for, then. Saying that floods or storms have become more common because of climate change is just out of step with what the IPCC says. The IPCC can be right or wrong. But if we want to accurately reflect the report, then showing pictures of flooding in Belgium or Germany or China, or a picture of a hurricane, is just flat-out misleading.

Similar problems exist tying wildfires to climate change, but the facts have not stopped the momentum to impose new regulations on financial firms. Brainard argues that financial stress could arise due to increased losses at insurance companies, but part of that argument falls apart without a link between climate change and more extreme weather events.

What’s scary, though, is that this link doesn’t really matter.

It might be nice to think that such regulations still have to be firmly based in reality, but they simply don’t. The “growing international consensus” that Brainard refers to exists despite the lack of evidence tying climate change to increased weather severity, apart from the fact that statistical modeling critically depends on subjective assumptions, and notwithstanding the devasting critiques that even climate scientists have leveled against central bankers’ climate scenario analysis.

As Pielke (who is just one of such critics) explained in his July 2021 Senate testimony:

Given the state of both climate models and financial forecasting methods, forcing financial firms to account for climate risks to satisfy federal rules is sheer lunacy. It is sure to unnecessarily inject uncertainty into financial markets as well, and most likely provide no discernible benefit toward stopping climate change.

The fact that the world’s largest banks and central bankers appear willing to plow straight ahead with these rules is hardly comforting.